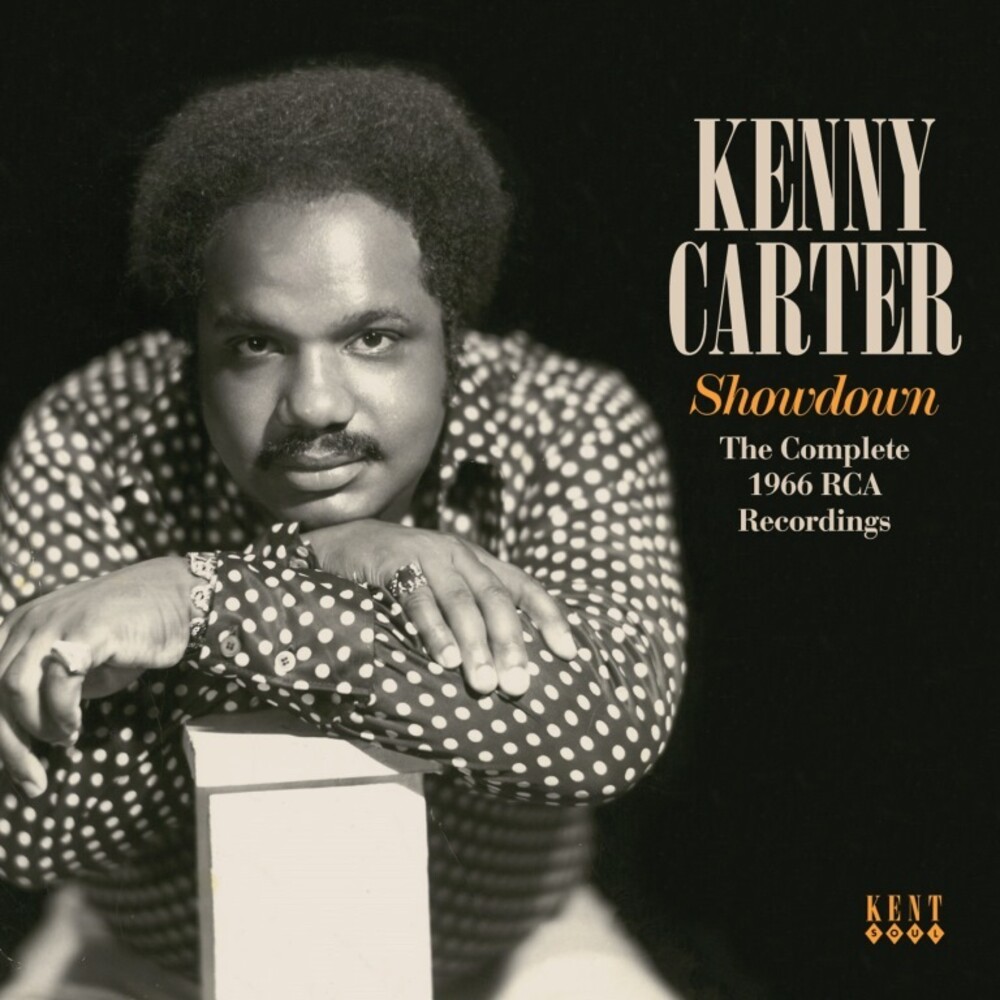 A scintillating, multi-million dollar LP finally gets a release 54 years late. The massively admired Kenny Carter had three sides issued on RCA in 1966 but actually recorded 22. Those singles and some previously unreleased tracks have made him a cult figure among soul connoisseurs. At last, we have the complete RCA sessions for you. Kenny Carter had two workmanlike 45s issued in the early 60s, to no success. For some unknown reason, in 1965 RCA decided to put him into the large Studio A at Bell Sound in Manhattan with one of the top arrangers of the time, a twenty-plus piece orchestra and four top backing vocalists. Three 45s were issued between April and October 1966, none of them charted but the sessions continued with a view to issuing an LP in November. It never happened. The arranger Garry Sherman remembered it as a "a multimillion-dollar orchestra and chorus. In the violin section we had at least 7-8 Strads (each valued at $1,000,000+), many were Concertmeisters for major symphony orchestras and are on hundreds of hit records. " Backing singers included Val Simpson, Nik Ashford, Leslie Miller and Toni Wine; several excellent songs were provided by Larry Banks' song-writing team, which included Kenny, Tony May and Herman Kelley. However, it was the additional jazz and show standards that gave the album it's raison d'etre. Garry Sherman wanted to move the songs into the current soul idiom, rather than turn Kenny into a nightclub singer. He moulded the arrangements to suit Kenny's powerful vocals. Fortuitously, RCA hired a photographer for the sessions and we have eight shots that show the recordings as they happened. We have had access to the tapes since the 90s but have only managed to release six of the unissued recordings in a piecemeal fashion, up to now. The full 22 tracks here vary from ballads to uptempo dancers. That voice, supported by such an intelligently utilised orchestra, make it a true, as yet unknown, pinnacle of 60s soul music.