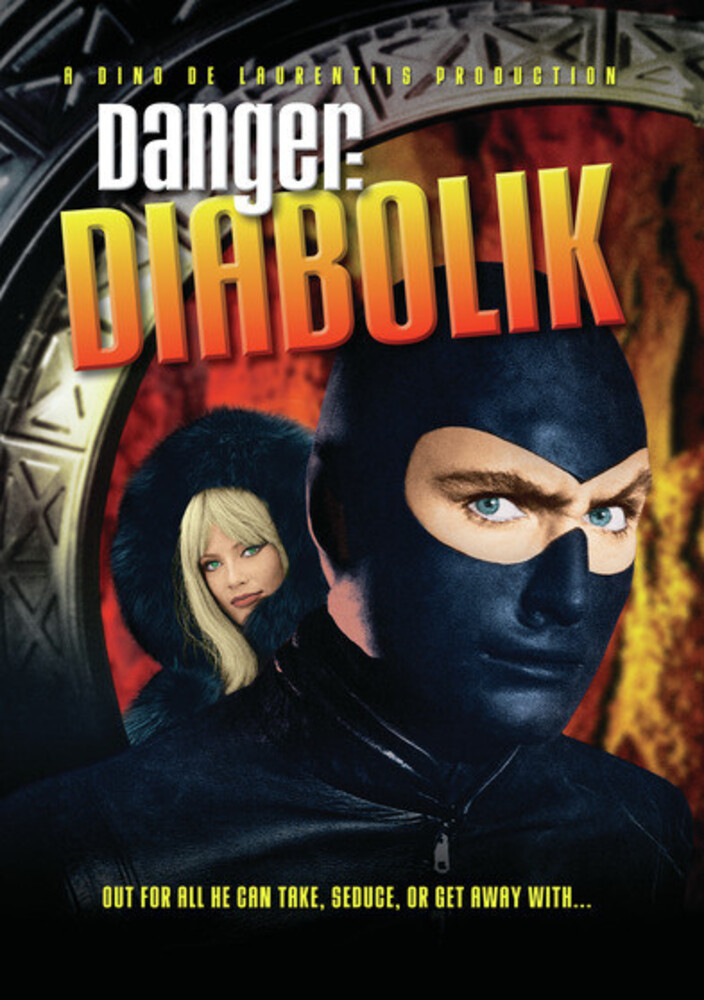 BACK ON DVD! A Groovy '60s Cult Classic From Filmmaker Mario Bava The suave, psychedelic-era thief called Diabolik (John Phillip Law) can't get enough of life's good - or glittery - things. Not when there are currency shipments to steal from under the noses of snooty government officials and priceless jewels to lift from the boudoirs of the super-rich. The elusive scoundrel finds plenty of ways to live up to his name in this tongue-in-cheek, live-action caper inspired by Europe's popular Diabolik comics. He clambers up walls, zaps a press conference with Exhilaration Gas, smacks a confession out of a crime lord while freefalling with him from an airplane, and pulls off the heist of a twenty-ton gold ingot. Impossible? No, diabolical - Danger: Diabolik, to be exact!