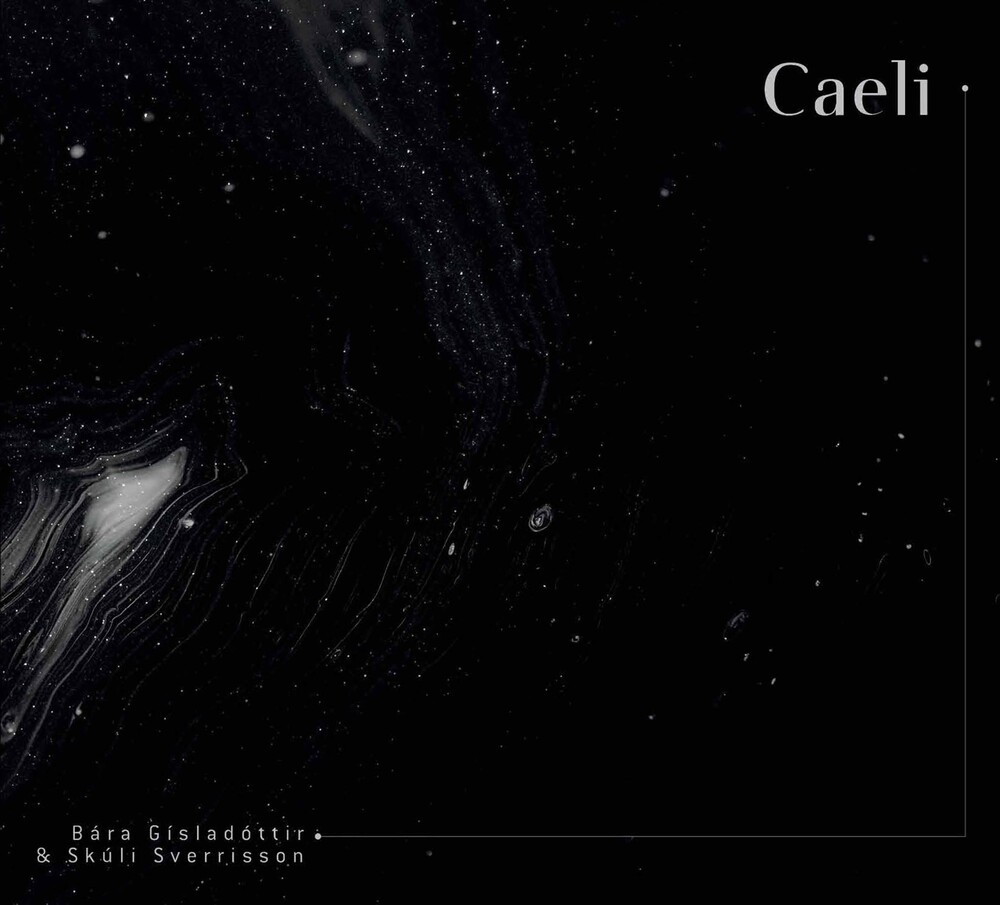 Caeli is spun out of the idea of skies and dimensions merging into a boarderless being boasting of a rich and vivid texture, at times carrying numerous worlds inside at once. During the recording of Caeli, BĂˇra and SkĂşli would have long discussions about how the world is opening up and how this would and could affect music as well. They like to look at Caeli as a product of this openness - a crystallisation of freedom, exposure and transparency in sound. BĂˇra GĂ­sladĂłttir (born 1989) is an Icelandic composer and double bassist based in Copenhagen. She studied composition at the Iceland Academy of the Arts in ReykjavĂ­k, Conservatorio di Musica "Giuseppe Verdi" in Milan and at the Royal Danish Academy of Music in Copenhagen. BĂˇra's pieces have been selected for festivals such as Dark Music Days, DarmstĂ¤dter Ferienkurse, International Rostrum of Composers, KLANG Festival, Nordic Music Days and Ung Nordisk Musik. She has received the Carl Nielsen and Anne Marie Carl-Nielsen Foundation's Talent Awards, LĂ©onie Sonning Talent Prize, The ReykjavĂ­k Grapevine's Music Awards, and has been nominated to the Carl Prize as 'Composer of the year', the Kraumur Music Awards three times for 'Album of the year' and The Icelandic Music Awards twice for 'Piece of the year'. BĂˇra is an active performer and regularly plays her own music, mostly solo or with her long time collaborator, SkĂşli Sverrisson. In addition to this, she is the double bassist of Elja Ensemble. She has also performed with Ensemble Adapter, the Iceland Symphony Orchestra and S.L.A.T.U.R.. SkĂşli Sverrisson (born 23 October 1966) is an Icelandic composer and bass guitarist. He has worked with musicians Wadada Leo Smith, Derek Bailey, Lou Reed, Jon Hassel, David Sylvian, Arto Lindsay, and composers Ryuichi Sakamoto, JĂłhann JĂłhannsson, and Hildur GudnadĂłttir.