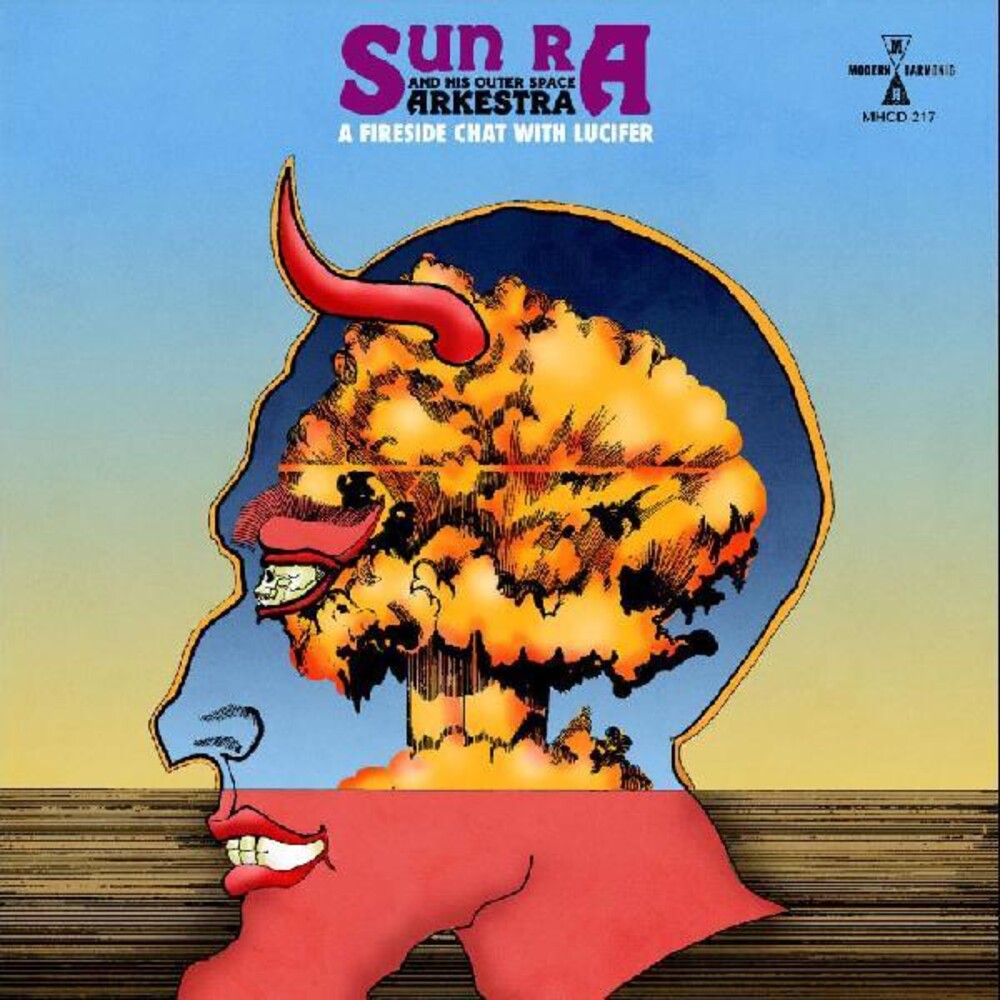 Digitally remastered edition. An F-bomb saturated hip-hop call and response club cut... from Sun Ra?! While the most renown track in this omniversal opus is the atomic expletive-filled repartee Nuclear War, there is so much more to this dark mysterious journey through the mind of Sun Ra. The sprawling, suite-like 20-minute title track sustains a lyrical edge in spite of an open framework and textures, which encourage sonorities to surface and emerge from the band as if there was no human intention behind them. In opposition to 'Nuclear War,' Ra's organ playing here was built less on bombast and sonic terror than it is on whispers, stutters, shivers, and swells. Fireside Chat offers a wide stylistic array, as was the artist's intent, reflecting his eclectic, seemingly irreconcilable approach to compositional extremes. With Sun Ra you get everything... except predictability. First ever reissue of this iconic album!