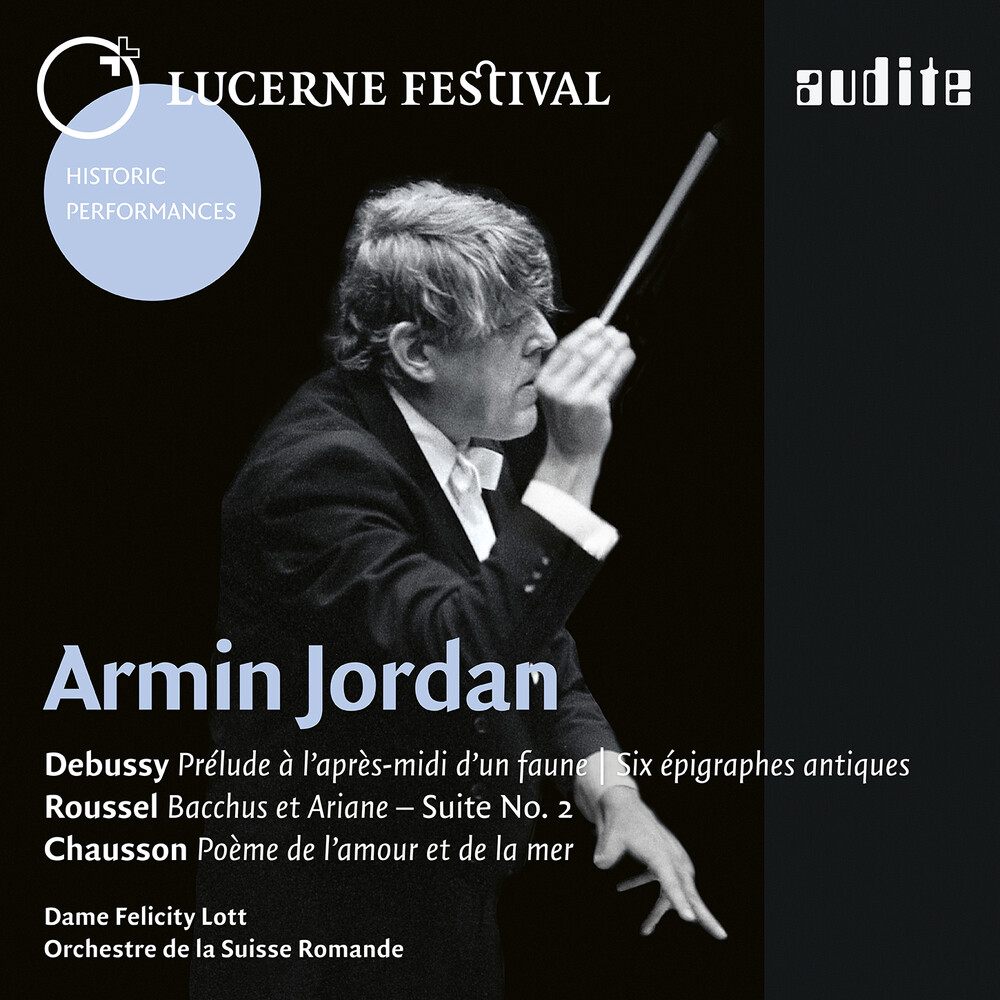 He switched effortlessly between different musical spheres: the Swiss conductor Armin Jordan, who died in 2006, was a master of French repertoire as well as the musical tradition of Central Europe, combining both traditions in his very own musical thumbprint. Jordan's performances are characterised by a soft, supple and richly colourful orchestral sound, flexibility and warmth. Released here for the first time are live recordings of his two only performances at LUCERNE FESTIVAL, given in 1988 and 1994 conducting the Orchestre de la Suisse Romande, which experienced a golden era under Jordan's leadership between 1985 and 1997. This album comprises Armin Jordan's "specials", such as Debussy's PrĂ©lude Ă  l'aprĂ¨s-midi d'un faune or the Six Ă©pigraphes antiques in orchestrations by Ansermet. In Chausson's PoĂ¨me de l'amour et de la mer we meet Jordan the opera conductor, treasuring the fantastic Felicity Lott: here, the emotional component of the performance appears more intense than in the studio recording of 2001. In the second suite from Roussel's ballet Bacchus et Ariane Jordan also creates a thrilling sense of drama. He never had the opportunity to record this rarely performed piece in the studio: this live recording from Lucerne therefore fills a gap in his discography. The 28-page booklet in three languages contains a portrait of the conductor by Peter Hagmann and features photos from the festival archive, published here for the first time.