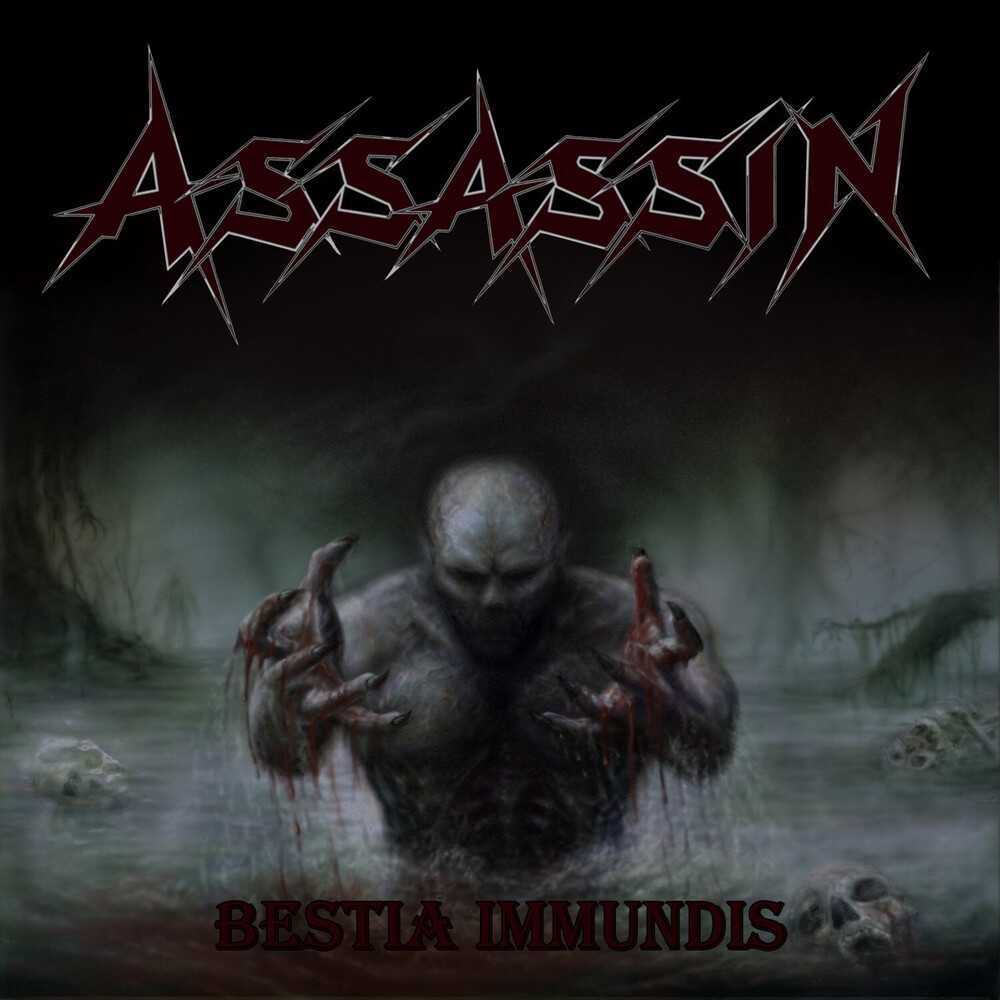 The new album "Bestia Immundis" is aggressive and powerful, just like all albums by Assassin. However, this time it turned out even more varied. The wide mix of speed and thrash metal with hardcore and punk influences includes even faster and more catchy songs as well as experimental tracks and darker elements. The production has been a bit cumbersome due to scheduling conflicts, but the final product turned out even better than expected. The sound is similar to the sound on the last album "Combat Cathedral" (they used the same recording and master studio) but sounds a tad heavier. Most of the songs were once again composed by Jürgen "Scholli" Scholz. This time, however, bassist Joachim Kremer was also involved in the songwriting process, thus having contributed to 4 songs on the new album. Just like on "Combat Cathedral", all lyrics were written by Ingo Bajonczak. The album title "Bestia Immundis" (Latin for "unclean beast") refers to the great beast from the Prophecy of the Apocalypse in the Bible (Book of Revelation, Chapter 13). Likewise, the title can be placed in relation to people in general, who, according to Johann Wolfgang von Goethe, can be "(... ) more a beast than any beast as yet". (see Faust, Part I)The cover artwork of the album also reflects the fight against the inner (and evil) human instincts - the Bestia Immundis.
back to top