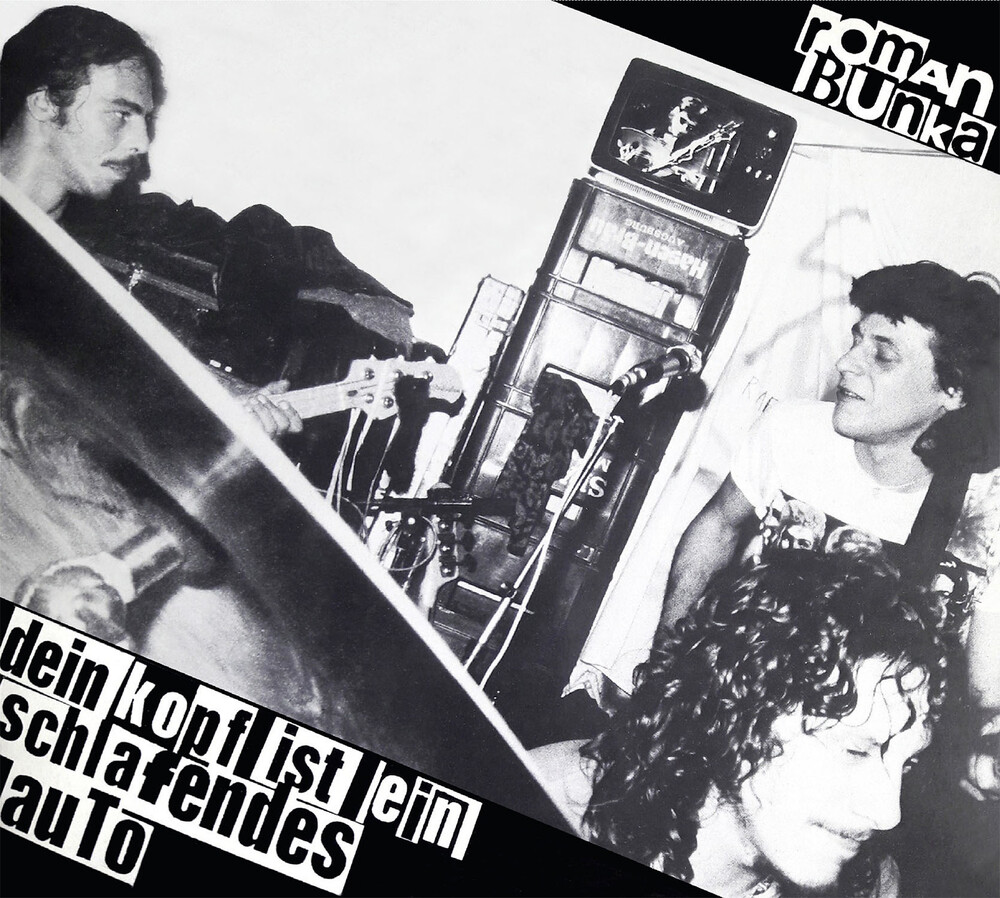 "Dein Kopf Ist Ein Schlafendes Auto" (engl. Your Head is a Sleeping Car) was one of the most interesting German formations of the exciting late 1970s. The album, which bears the title of the band's name, was recorded in 1980 and was released on record the same year. The band presented a unique mix of avant-garde rock, soul, jazz and oriental music. Hardly any other band offered this variety of musical quotes, such breathless ups and downs of incredible sounds and grooves. Roman Bunka and "Dein Kopf Ist Ein Schlafendes Autor" were the cultural ambassadors of that time. In addition to Roman Bunka, the band consisted of Gerald Luciano Hartwig (bass, sitar) and Freddy Setz (drums, piano), who unfortunately died much too early. The band shows their special class on the bonus track of this CD, which was recorded live in 1980. The story of this unfortunately short-lived project by Roman Bunka was even filmed at that time and broadcast on German Television ZDF shortly after the release of the record. After his time with EMBRYO (with whom he is playing again today) and AERA, "Dein Kopf Ist Ein Schlafendes Auto" meant a new chapter in Roman Bunka's career, which took him from guitar to the North African stringed instrument Oud, which he now is playing masterfully. Sireena Records is proud to release this extraordinary gem on CD.