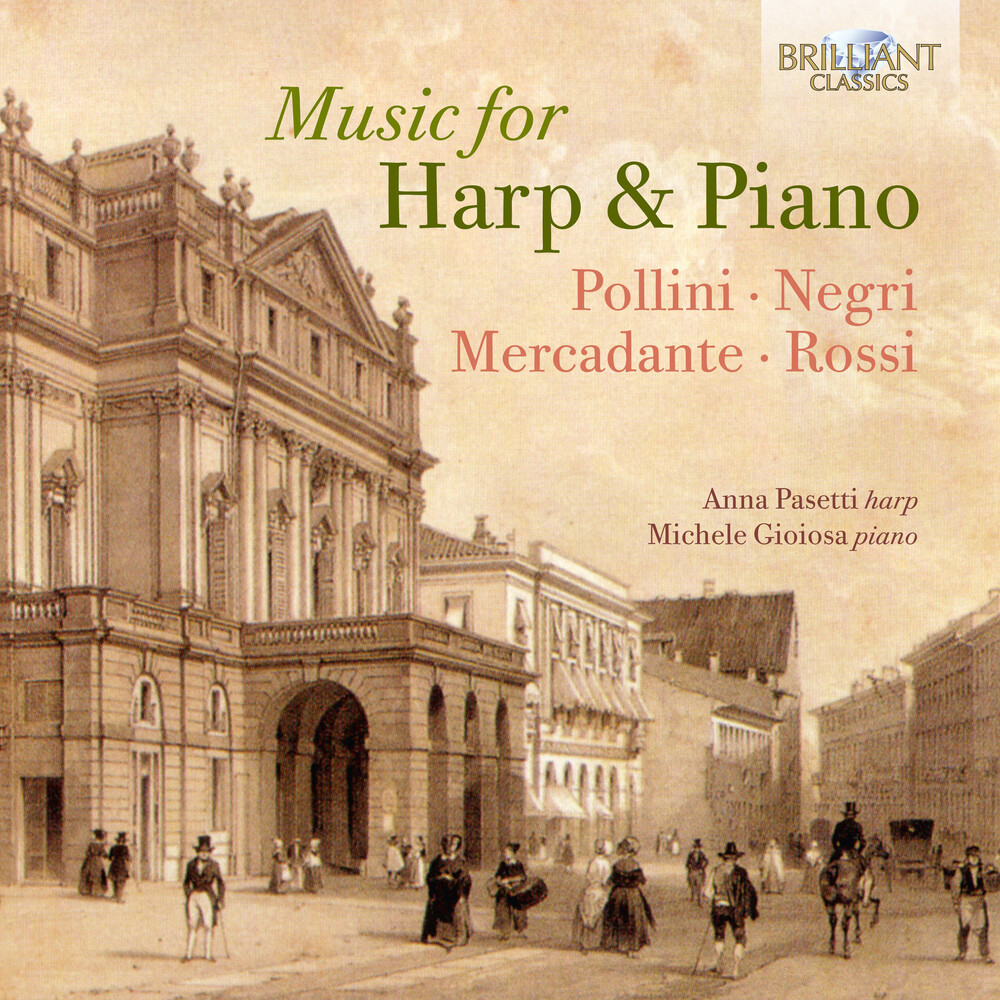 The repertoire for harp and piano is modest indeed; only Carlos Salzedo's Sonata (1922) enjoys any currency on disc. However, the combination of plucked and keyed chromatic instruments is one that affords any number of imaginative possibilities and a broad palette of timbres, especially in the contrasting sustain and decay patterns of each instrument. For her second album on Brilliant Classics, after the critical success of 'Dionysus and Apollo' (95925, featuring equally rare Romantic flute and harp repertoire), Anna Pasetti explores the work of four mostly Milanese-based composers. First among them is Francesco Pollini, dedicatee of Bellini's I Sonnambula and composer of a 'Grande Sonate' in a concertante style, exploiting the idiomatic contrast between the instruments to the full. The Capriccio by Benedetto Negri is written in the form of a nocturnal divertimento typical for the time: a cantabile introduction prefacing an elaborate variation set with a brilliantly figured coda. Best known of our quartet is Saverio Mercadante for his operas and florid variation sets on popular operatic themes which cling to the fringes of the instrumental repertoire, especially for flute. His rhapsodic Melodia is a chamber arrangement of a concertante work for harp and small orchestra, with an opportunity for improvised virtuosity in the form of a cadenza which Pasetti has devised for herself. Neapolitan by birth and training as an operatic composer, Lauro Rossi took charge of Milan's conservatoire before succeeding Mercadante at the head of the Naples conservatoire. His Divertimento is an early work, dedicated to a talented pair of musician sisters, in which the piano takes the lead role, unlike the other works here.