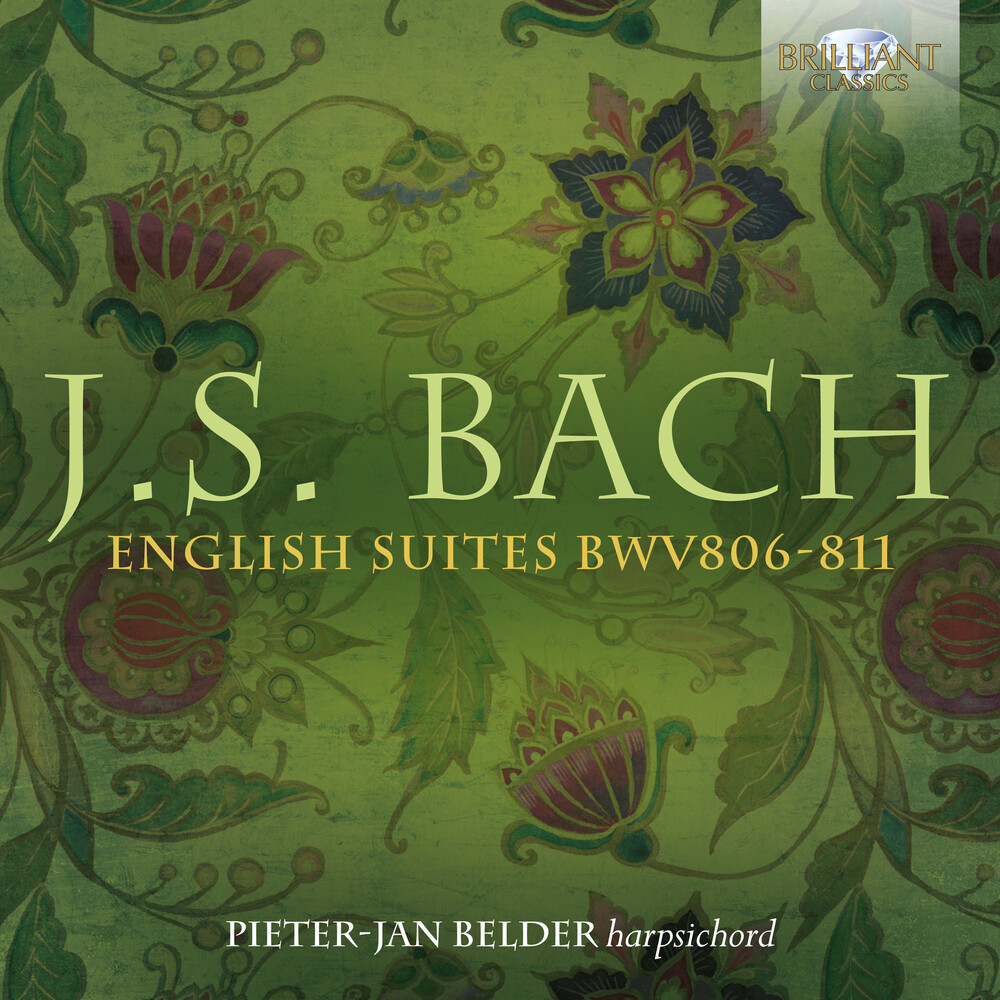 The complete sonatas by Domenico Scarlatti and the first-ever complete recording of the Fitzwilliam Virginal Book are monuments old and new of the Brilliant Classics catalogue. Their author, harpsichordist Pieter-Jan Belder, has recently been adding to his considerable Bach catalogue with new recordings of canonical masterpieces such as the Goldberg Variations (95471), the Toccatas BWV 910-916 (96059) and the Art of Fugue (96035). These have attracted the enthusiasm of international critics: 'Excellently recorded and faultlessly played' (Goldbergs; Early Music Review). Belder now turns his attention to the collection of six suites probably assembled by Bach in around 1725 from material he may have composed as early as a decade previously, while he had been in service to the Duke of Weimar. Despite their title, there is nothing especially English about these suites; they differ from the later French suites in their grander scale and more serious vein of expression, which reaches it's height in the Sarabande of the Third Suite, which has become a profound meditation in the hands of artists as diverse as Maria Jooo Pires and Sviatoslav Richter. However, in the English Suites we find not the Bach of the Goldbergs' solitary and introspective poet but the extrovert performer, especially in the ebullient concerto-style preludes of Nos. 2-6. The intricate counterpoint of the Allemandes is effectively contrasted with the spring in the step of the later dances such as the Minuets of No.4 and the Passepieds of No.5, while each suite ends with a flourish: a gigue of searching harmonies and whirling momentum to test the technique of the most accomplished performers. 'Without bringing anything provocative into his interpretations, [Belder] dependably makes the listener comfortable and attentive. He draws attention not to himself but to the music. His imagination serves the composer.' (American Record Guide).