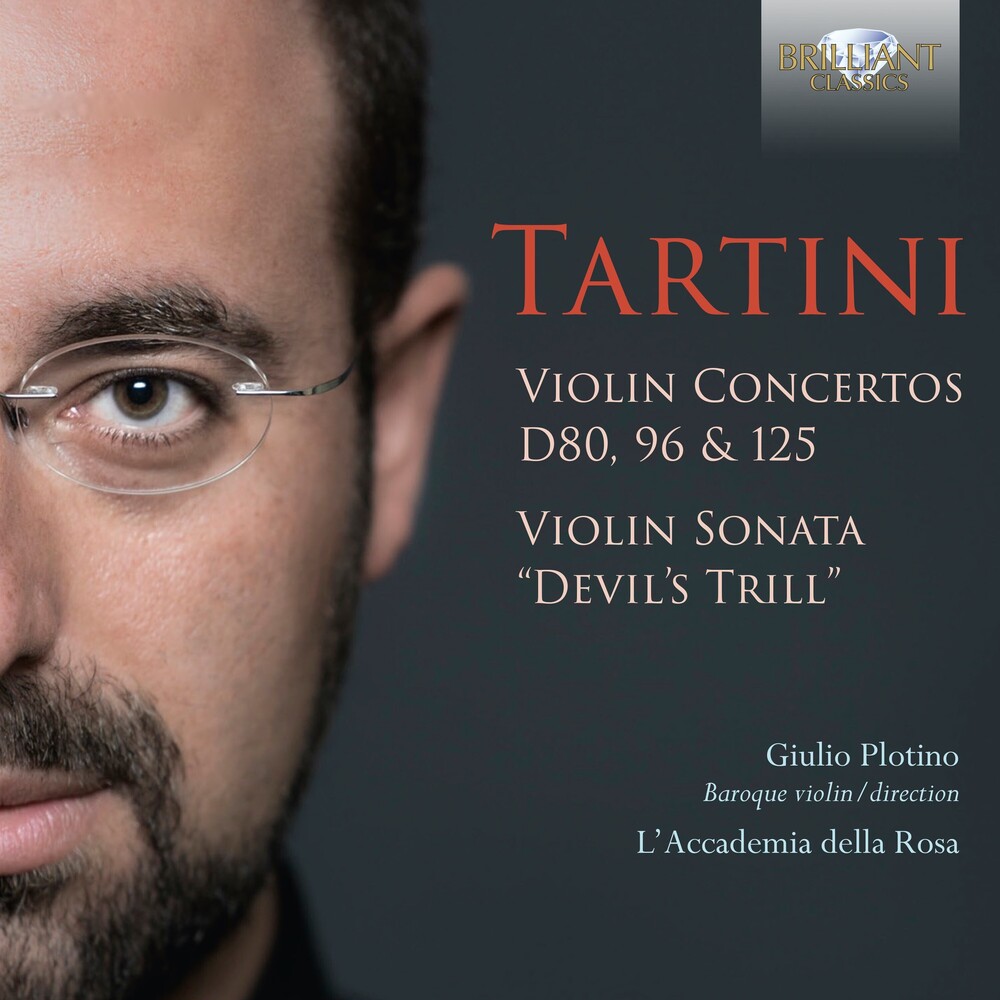 Musical anniversary celebrations have inevitably been curtailed in 2020, and overshadowed by Beethoven, but Giuseppe Tartini was renowned throughout Europe as the pre-eminent genius of the violin - not only as a performer but as a composer of works which demonstrated his extraordinary gifts, and as a teacher who welcomed students from across Europe to his home in the north-Italian city of Padova, where they learnt every sophistication in the art of violin playing; not only virtuoso trickery but the sustaining of a true legato like a great singer. Tartini's concertos have laid down the gauntlet to great violinists down the ages, even if many of them have been forgotten and only recently revived. Now Giulio Plotino joins their number, selecting three of the best-known concertos to complement what is still Tartini's best-known work, the 'Devil's Trill' Sonata whose title and fearsomely intricate figuration was apparently inspired - almost diabolically dictated - by a dream of the composer's. The concertos chosen for this recording, from among the 125 or so in the Dounias catalogue, conform to the traditional quick-slow-quick construction. In contrast to the Vivaldian template, however, Tartini integrates the material of the opening tutti within the solo passages, and shuns passagework of sequences even in the outer movements, but most particularly in the solemn and tender slow movements, where Tartini the technician gives way to Tartini the singer and the maestro di capella, composing for himself and his ensemble to accompany the liturgy.