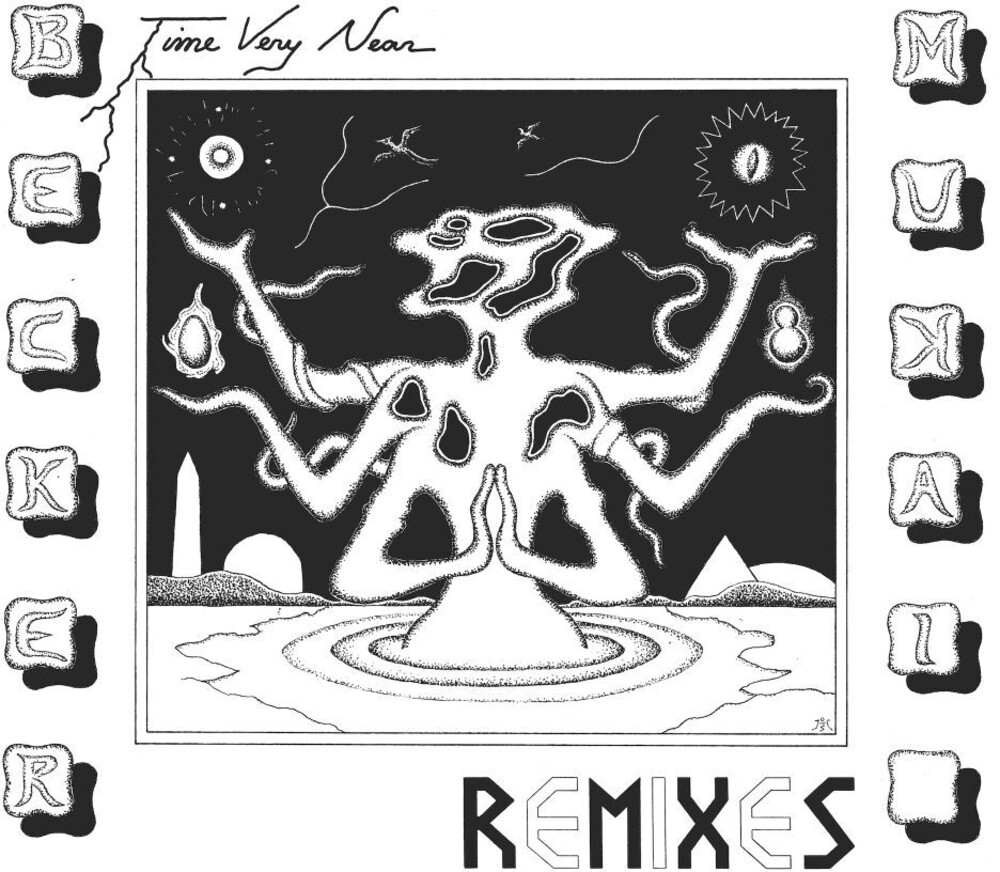 In 2019, Parisian cinema composer Jean-Gabriel Becker and Japanese composer and multi- instrumentalist Susumu Mukai embarked on the making of an album that was ultimately going to become 'Time Very Near'. The album was finally released to great acclaim in April 2020 through the strangest time in history for it's singularity and originality. Prompted by a few unsolicited offers for remixes, Becker & Mukai saw an occasion to invite their community of musician and producer friends to re-invent, deconstruct and rebuild the songs on 'Time Very Near'. Joe Goddard (Hot Chip), who, from his studio next door, had witnessed the birth of the project from day one, was kind enough to unleash his killer beats on Spice War. Old friend Jas Shaw (Simian Mobile Disco) transformed the tropical sounds of Dark Fields Of The Republic into a dance-floor ready techno workout. Long-time collaborator and friend Sasa Crnobrnja (In Flagranti, Mytron & Ofofo, Auf Togo) took Time Very Near on a trip to Jamaica. Label mate AMA//MIZU stripped Tout Azimuth down to it's core to rebuild it with his unique production skills. Dreems delivered a sweltering 19 minute version of Dark Fields Of The Republic and a shorter version more suited for a vinyl listen. And finally Becker & Mukai chose to don their alternative monikers (Zongamin and Lux Prima) to re-interpret the duo's own compositions. Like the original album, this remix project gathers sounds and inspiration from an ever-expanding palette of influences, assembled into something amorphously intangible that's simultaneously refreshing and sharp, meandering and cosmic, futuristic but timelessly vintage and manages to expand where the original album left off.