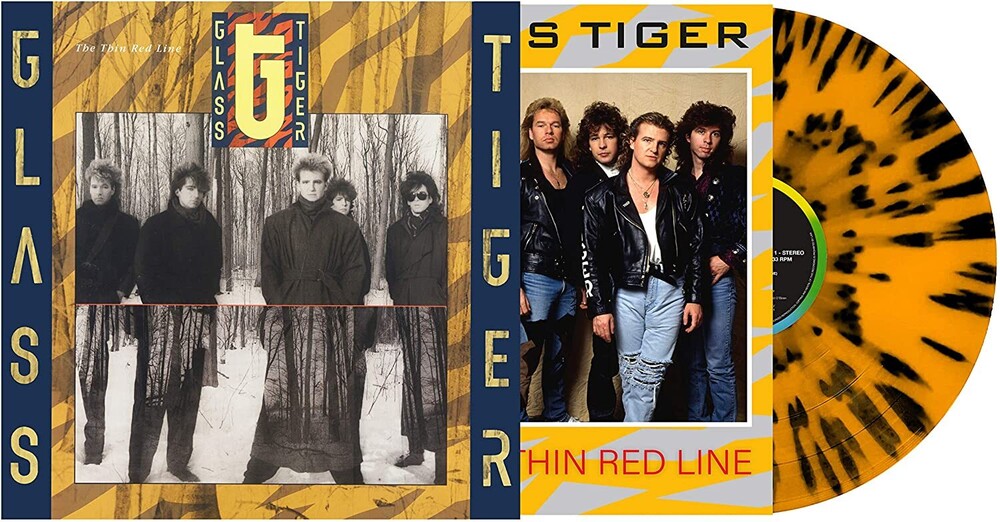 Limited tiger stripe-colored vinyl LP pressing. The Thin Red Line is the debut album by Canadian band Glass Tiger. It was originally released in 1986. The album is most famous for the single "Don't Forget Me (When I'm Gone)". The song, which featured backup vocals by Bryan Adams, reached #1 on the Canadian charts and #2 in the United States. A follow-up single, "Someday", was also successful, reaching #7 in the U.S. and #14 in Canada.