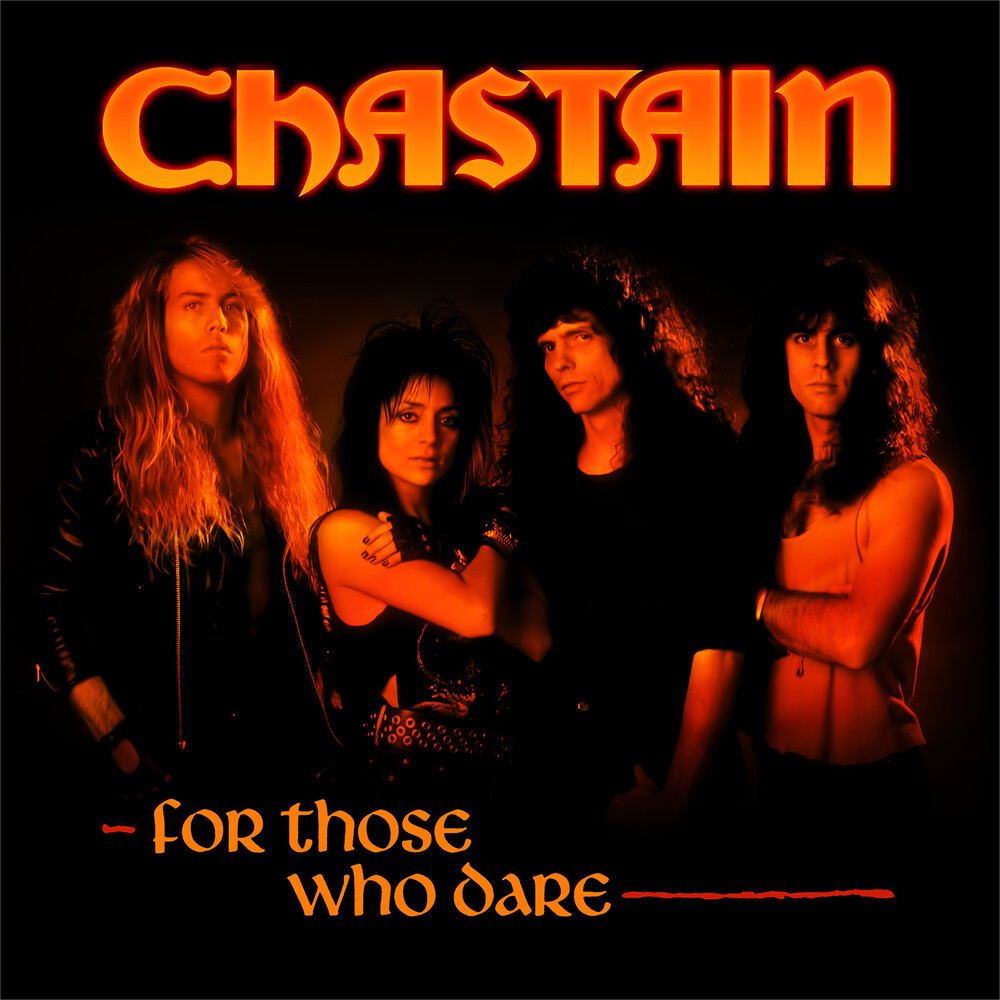 David T. Chastain has gained a reputation over the last 35+ years as a powerful, progressive guitarist whose music has been centered around his melodic and technically fluent fretboard mastery. Besides David's virtuoso style, the other major attribute to CHASTAIN'S instantly distinct sound is vocalist Leather Leone's superior and ultimately commanding presence. Originally released in 1990 on Roadrunner Records, CHASTAIN'S fifth album, For Those Who Dare, was yet further proof that David T. Chastain was not just a great player, but also a talented songwriter and band leader with an exceptional group of collaborators to help make his visions a reality. That being said, the album had been remixed by the label without the group's involvement, resulting in an overly dry, unpolished sound. To date, the original band-approved mix has never been granted an official CD release.That all changes now, as Divebomb Records is excited to present the 30th Anniversary edition of For Those Who Dare, adhering to original intent by restoring Steve Fontano's (Prairie Sun Studios) more balanced mix-as well as additional background vocals, ad libs, and "ear candy" that have long been missing from the Roadrunner release. As usual, the disc has also been remastered by Jamie King Audio, and will be packaged alongside a detailed booklet-revised and expanded from Divebomb's initial 2010 reissue to include additional photographs and a retrospective interview with David T. Chastain and Leather Leone. For the fans, by the fans!: