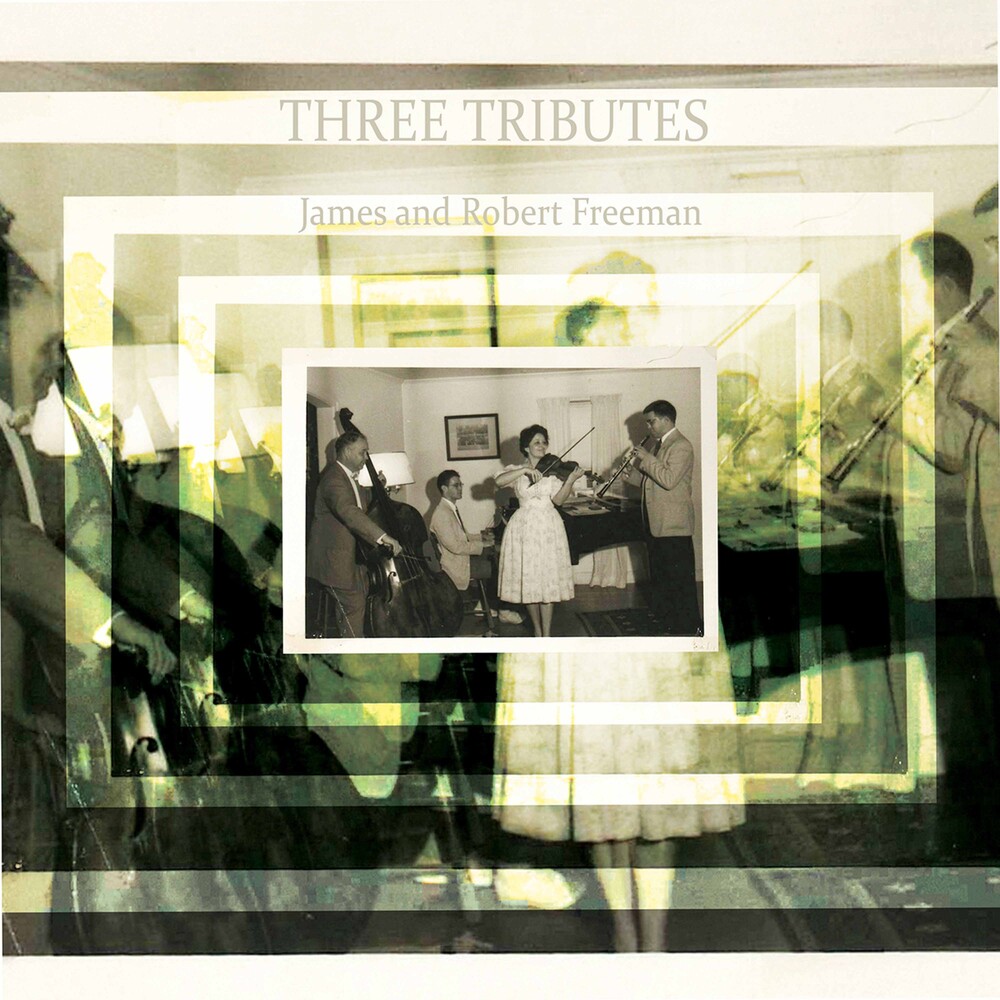 Bob and Jim Freeman have both enjoyed wonderful careers in music. Several years ago, they conceived the idea of an album and commissioned three new pieces of music in memory of their parents, Henry and Florence Knope Freeman, both of whom graduated the Eastman School of Music in Rochester in 1930. They came up with the idea of recording an album, accompanied by a booklet, as a tribute to their parents, Henry and Florence, who were also both musicians and who were also children of musicians; in fact, their father Henry was not allowed to study music until his senior year in high school. Afterwards he performed in the Rochester Philharmonic and Civic orchestras and in the orchestra of WHAM in Rochester. In World War II, he was thrilled to be able to play a private audition for Serge Koussevitzky, where he advanced over twenty-two seasons from last bass to principal, while performing for many years as principal of the Boston Pops. Two of the composers featured on this album have won the Pulitzer Prize. Kevin Puts is currently at work on an opera for the Metropolitan Opera. Andrea Clearfield, who took her DMA at Temple, is the founder of the Philadelphia Salon Concert Series, featuring contemporary, classical, jazz, world, and electronic music, together with multimedia and spoken word arts. The late Gunther Schuller was one of the 20th Century's music stars as composer, conductor, author and administrator. He was a great admirer of their father's bass playing, and a good friend.