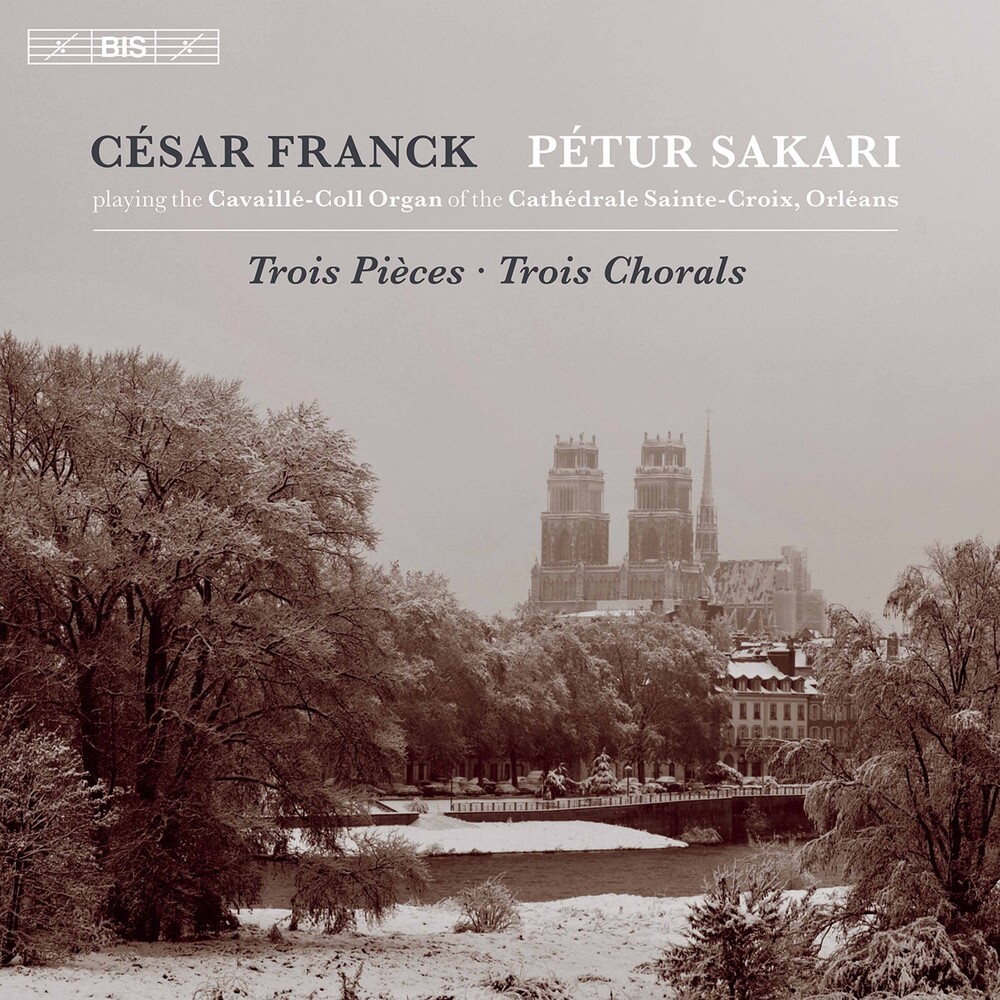 Still in his twenties, Pétur Sakari studied in his native Finland and in Paris and made his recording début at the age of 18. On his previous disc for BIS, he performed works by five French composers, receiving international acclaim with top marks in Diapason as well as on the Klassik-Heute website. For the present disc, Pétur has chosen to focus on César Franck, performing the composer's Three Pieces and Three Chorales 'pour grand orgue' on an instrument perfectly suited to the repertoire. Completed in 1880, the great organ in the Sainte-Croix cathedral of Orléans is a major - and well-preserved - example of the art of Aristide Cavaillé-Coll, the same maker who had previously built Franck's beloved organ in Sainte-Clotilde in Paris. ('My new organ? It's an orchestra!' was Franck's verdict.) Together the two gave the French organ tradition a new impetus with Franck laying the groundwork for a French symphonic organ style while Cavaillé-Coll constructed hundreds of organs capable of producing a sound that was full, homogeneous and modern. The Trois Pièces, which closes with the famous Pièce héroïque, were written for a Cavaillé-Coll instrument built for the 1878 World Fair in Paris. Twelve years later, and only weeks before his untimely death, Franck completed the Trois Chorals. The idea of writing organ chorales was inspired by Bach, but Franck composed them 'with quite a different plan': instead of traditional hymns they use an original, freely composed melody which is gradually revealed 'with great imagination', as Franck himself put it in a letter to his publisher. Both the Pieces and especially the Chorales have become central works in the repertoire of concert organists.