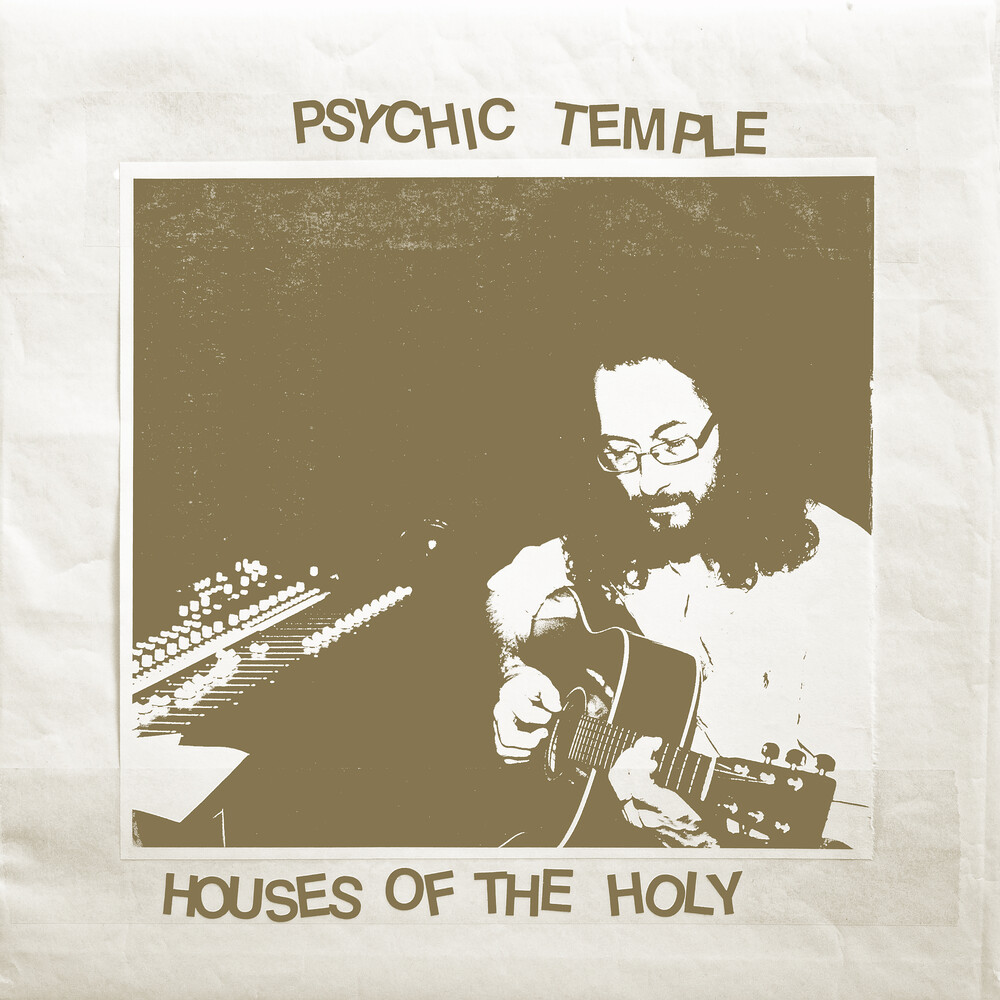 "There is no double album that would not be improved by removing it's worst songs and making it a single album..." With these words, Psychic Temple mastermind Chris Schlarb set out to prove himself wrong. Here's how he did it.In the modern history of rock music, the double album stands as the ultimate creative indulgence. A moment for an artist to make their grand statement amid the excess of four sides of vinyl. And yet, there is not one double LP that escapes the curse of filler: "Wah-Wah" on All Things Must Pass, "Night Flight" on Physical Graffiti, "Piggies" on the White Album, "Angel" on Tusk, etc. In 2016, Schlarb opened BIG EGO, a commercial recording studio in the same Long Beach neighborhood he grew up in. There he produced everyone from Terry Reid and James Gadson to Swamp Dogg and Jim Keltner. A year later he began work on Houses of the Holy: his own attempt at solving modern rock's great puzzle.His solution was to take over four existing bands and lead them into the realm of Psychic Temple.Recorded in the Joshua Tree desert, Schlarb and Cherry Glazerr (Side A) deliver five whiskey fueled songs of love, madness, and suicide. Reunited after almost 20 years, the legendary Chicago Underground Trio (Side B) wrap their unmistakable sound around songs written by Schlarb and co-writers Jerry David DeCicca and James Jackson Toth. On the precipice of entering their fourth decade as one the world's great rock bands, Dream Syndicate (Side C) explode when plugged into the Psychic Temple Universe. As euphoric closer, the words of cosmic street poet Xololanxinxo (Side D) are supported by the album's largest ensemble featuring a full orchestra, double rhythm section, and gospel choir.These four brilliant sides are the only Houses of the Holy that one ever need visit.