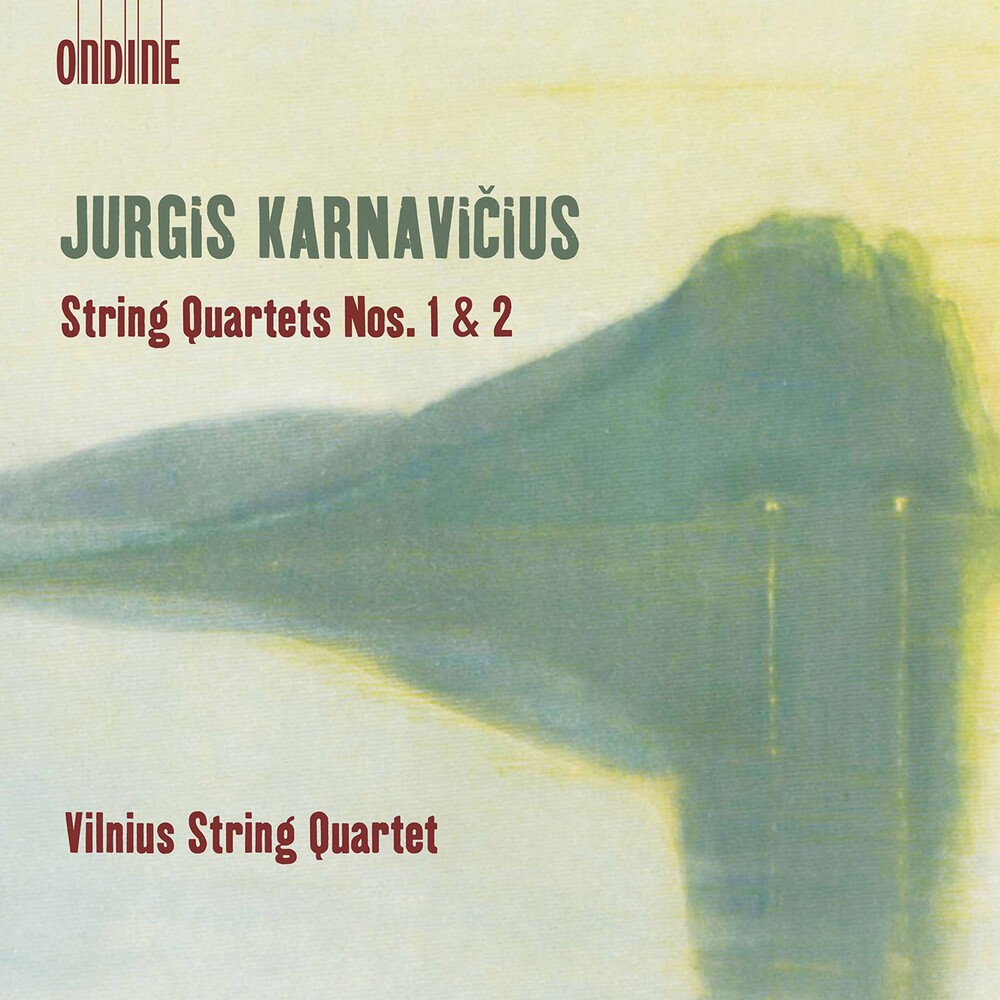 Composer Jurgis Karnavicius (1884-1941) made significant contributions to the cultural life in Lithuania after returning back to his home country in the late 1920s. Karnavicius was a pupil Maximilian Steinberg at the St. Peterburg Conservatory later becoming a professor in his alma mater. During his years in St. Petersburg, the composer wrote four impressive String Quartets, filling the chronological and stylistic gap between the String Quartets of Tchaikovsky and Shostakovich. Karnavicius' String Quartet No. 1 was published by Belaieff. It's folkloristic elements bring to mind the late quartets of Dvorák. Karnavicius' second Quartet, written a few years later and distributed by Universal Edition Vienna, already shows first signs of a shift towards Expressionism. In this album the Lithuanian Vilnius String Quartet offer world premiere recordings of these two forgotten gems.