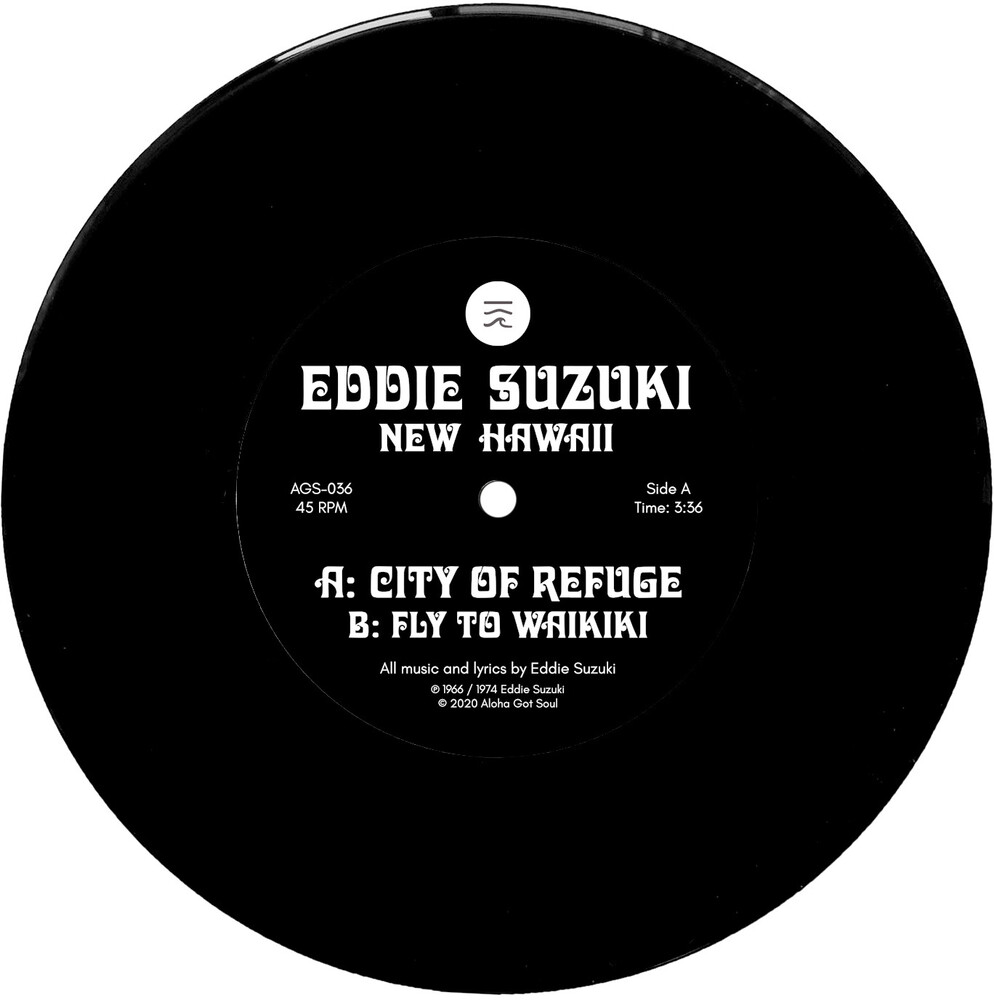 Enterprising composer and musician Eddie Suzuki made his own path throughout his lifetime. Born on October 6, 1928, Suzuki worked as a young shoeshiner in 1940s Honolulu, saving enough money to take piano lessons. In high school, he led a big band orchestra of 16, and sometimes up to 40 members. By the age of 18, he owned a piano shop that pivoted to become Honolulu's top guitar store. For Eddie Suzuki, music always came first. In 1973, after performing and composing songs for many years, Eddie Suzuki and his group, New Hawaii, recorded the now impossibly rare album, High Tide. The LP is "not a rock-out", local music journalist Wayne Harada ruminated in a 1973 review. "Rather, it's one man's vision and version of the now Hawaii." A seasoned mix of psych, Hawaiian, and pop sensibilities, the music on High Tide gave the listener a look into Eddie's singular vision celebrating the sights and sounds (and spirit) of Hawaii. AGS-036 from Aloha Got Soul highlights two top tunes from the album. "City of Refuge", an island psych-rock rarity that burns blissfully like the Hawaiian sun. "Fly To Waikiki", a playful, romanced tune about Hawaii's most famous destination. Eddie Suzuki's New Hawaii was Laurence Harada on guitar, John Schulmeister on bass, Gary Fittro on drums, Nani Kuaiwa on vocals, and Eddie Suzuki on vocals, Hammond organ, and Arp synthesizer.