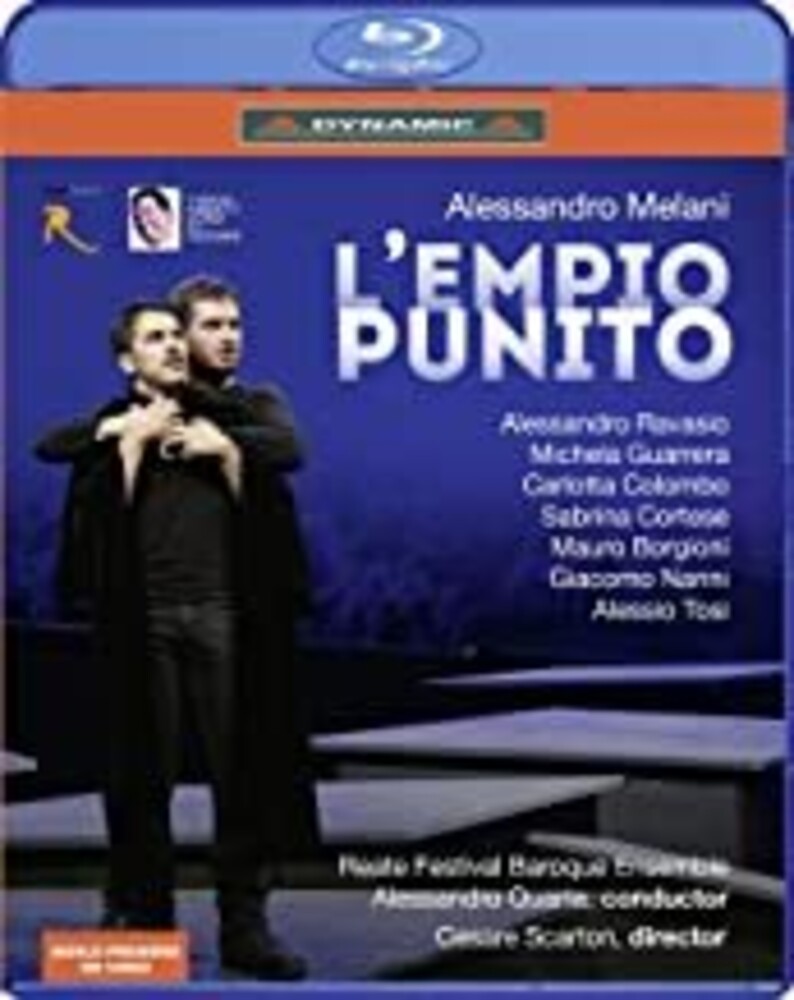 L'Empio Punito is the first opera where the character of Don Giovanni (Acrimante) makes his appearance. It was first premiered in Rome on February 17th, 1669 and this release is the recording of the first modern times performance that took place at the historical Teatro di Villa Torlonia in Rome in October 2019, 350 years after it's debut. The fundamental dramaturgical lines that characterize the following versions, in particular Mozart's, are already here: the complicity between Acrimante (Don Giovanni) and Bibi (Leporello); the despair of Atamira (Donna Elvira), abandoned by Acrimante; Acrimante's attempt to seduce Ipomene (Donna Anna), betrothed to Cloridoro (Don Ottavio); the duel between Acrimante and Tidemo (Commendatore) and the latter's death at Acrimante's hand; the graveyard scene, where Acrimante invites Tidemo's statue to dinner; the eternal damnation of Acrimante and the finale, in which all the main characters appear. As Conductor Alessandro Quarta points out, Acrimante's seductive power brings chaos and pain in the lives of the other characters but a lot of energy as well. "[Acrimante's] sentimental and emotional disorder disrupts the personality of the other characters who revolve around him He messes them up, makes them suffer and makes them behave in relation to the turmoil he creates".