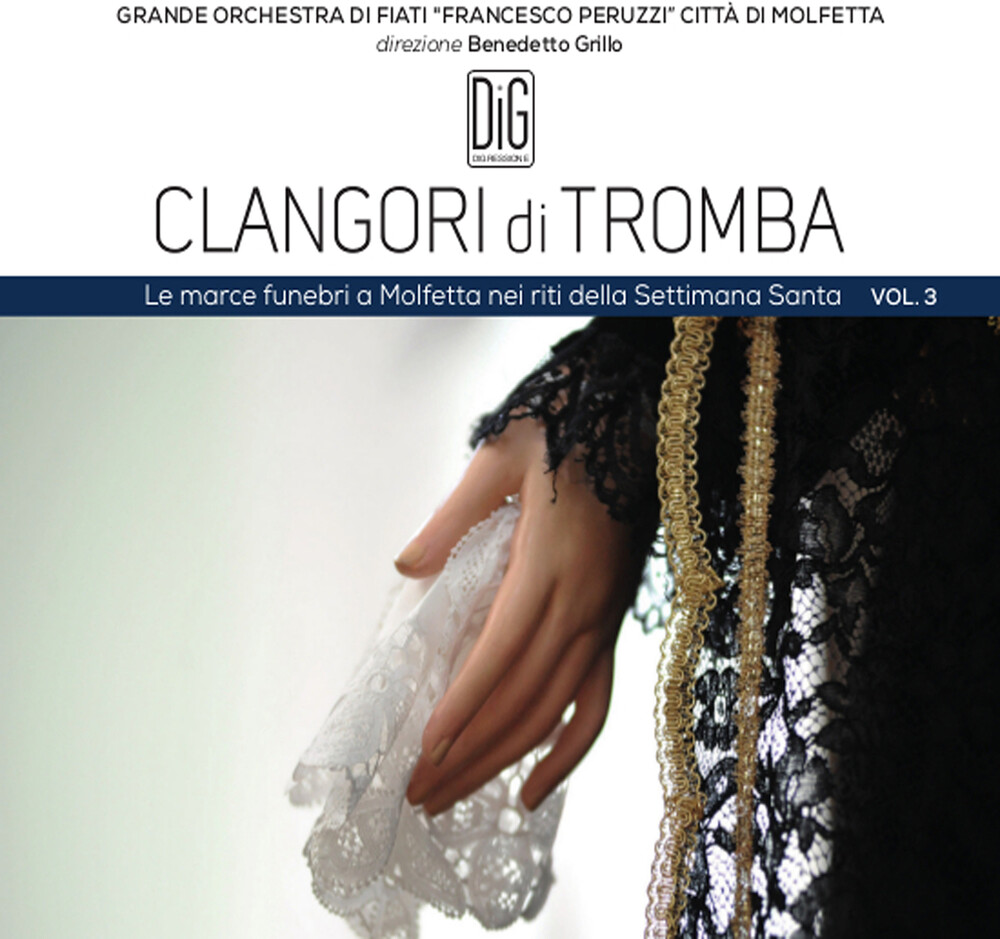 Clangori di tromba (Trumpet chants), the third record that collects five more funeral marches from the rich and precious band repertoire played during the Holy Week processions in Molfetta, is now available. Clangori di Tromba is an arduous and impressive discographic work in which the transmission of funeral marches is not only part of a process of preservation and enhancement of an intangible cultural asset and identity heritage of a community, but is part of that phenomenon of popular piety in which, as Pope Francis writes in 'Evangelii Gaudium (2013): "we can grasp the way in which the faith received has been embodied in a culture and continues to be transmitted." Beyond that, this third volume proves invaluable in that it boasts the rediscovery and engraving of one of the lesser known and performed marches Ai Caduti d'Africa Orientale by Maestro Angelo Inglese (1918- 1990). A particular example of composition in which the author, though self-taught, shows a perfect acquisition and development of the canons of compositional technique of band instrumentation and all the problems and peculiarities of wind instruments, continuing that style of reference of the illustrious predecessors Valente, de Candia, Peruzzi, Calò. The commitment of the Great Wind Orchestra "Francesco Peruzzi" City of Molfetta to collect all the repertoire of funeral marches in Molfetta in the rites of Holy Week in a complete future necklace, helps to fix and hand down this precious wealth of culture and popular tradition, always suggestive and full of emotions that is renewed annually.