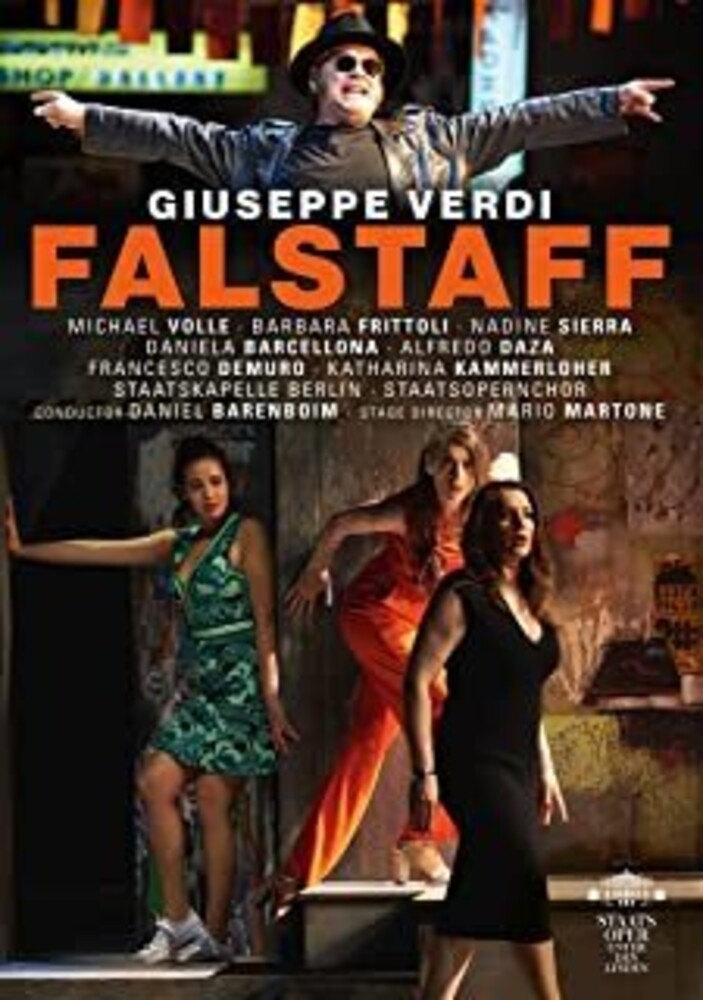 Falstaff is Verdi's masterpiece of comic opera, in which the behavior of the ageing Sir John Falstaff, a devious freeloader and would-be ladykiller, causes uproar in the petty-bourgeois household of the Windsor's. In this performance stage and film director Mario Martone updates the action to the present day and shows Falstaff as ageing rebel in dodgy sideburns and leather jacket. Among the "exquisit vocal cast" (Frankfurter Allgemeine Zeitung), Michael Volle gives his debut in the title role "with masterly dynamic shadings" (Financial Times) and "as if he had been preparing for this role for a lifetime." (Frankfurter Allgemeine Zeitung) while "Daniel Barenboim and the Staatskapelle Berlin are tickling out all the wit and all the momentum from this score." (Online Merker)