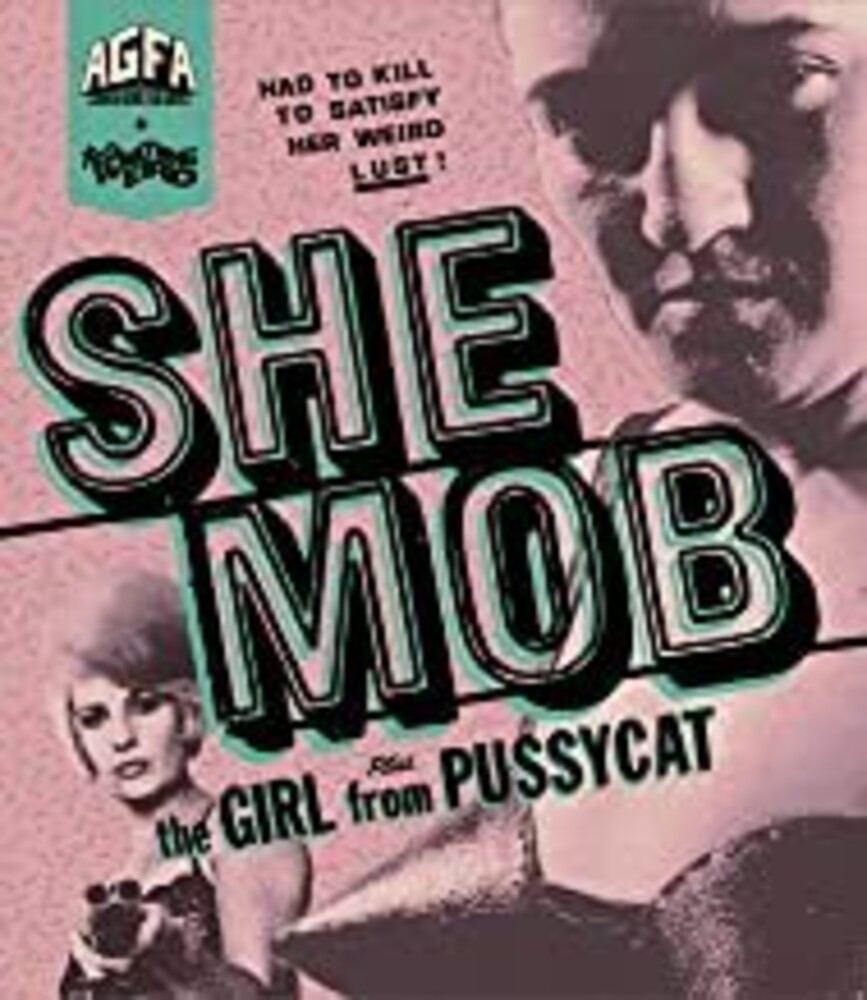 SHE MOB: Shot on the sweaty backroads of Dallas and Waco, SHE MOB is an underground miracle that feels like an alt-Earth FASTER PUSSYCAT! KILL! KILL! As realized by a young John Waters. Big Shim is the cone-bra-wearing butch leader of a wild girl gang that's running from the law. After kidnapping a gigolo named Tony, Shim and the girls demand a ransom from Tony's wealthy lady keeper... OR ELSE!! Produced and directed by NBC News veteran Maurice Levy, written by Diana Paschal, and featuring actresses culled from Jack Ruby's infamous Dallas nightclub, SHE MOB is an essential jewel in the other-dimensional vortex known as Texploitation. THE GIRL FROM PUSSYCAT: Shot in New York with the crude experimentation of an early Andy Warhol film, THE GIRL FROM PUSSYCAT is a fascinating outlier in the world of underground exploitation. The movie follows a girl gang of social and sexual anarchists as they have orgies, get stoned, rob banks, and torture men by jamming their fingers in toasters. Absurd and surreal, this feels like the dreamy collaboration between Jean-Luc Godard and Doris Wishman that never happened.