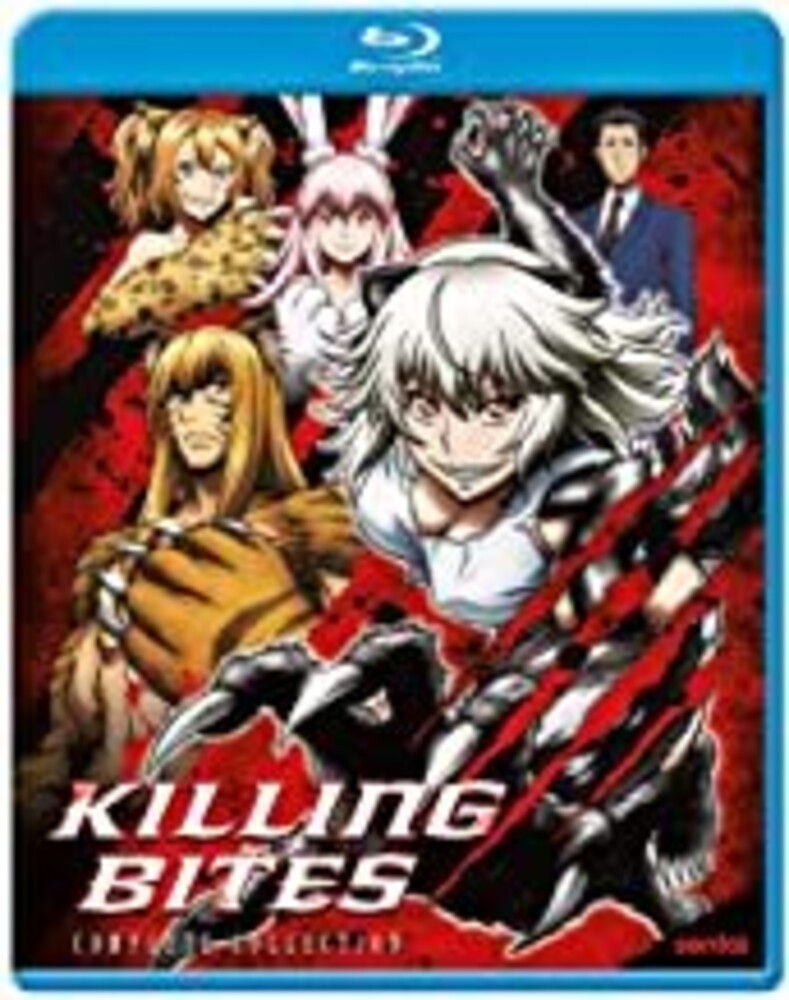 Yuya Nomoto was horrified to discover that the vehicle he was driving was being used to kidnap a high school girl, but he's even more shocked when the girl, Hitomi Uzaki, literally tears her kidnappers to piece instead! Then she forces Yuya to drive her to an arena where she bets the value of his organs on herself to win in a death match against a half-lion hybird! Even more astonishing: Hitomi wins!That's because she's a Therianthrope, a genetically engineered fighter created specifically for the underground death matches know as Killing Bites! And now that Yuya has been pulled into this dark underworld, he has no choice but to continue working for Hitomi. Because who's going to fight against a girl who's party honey badger? Get ready to enter the most savage competition ever in KILLING BITES!