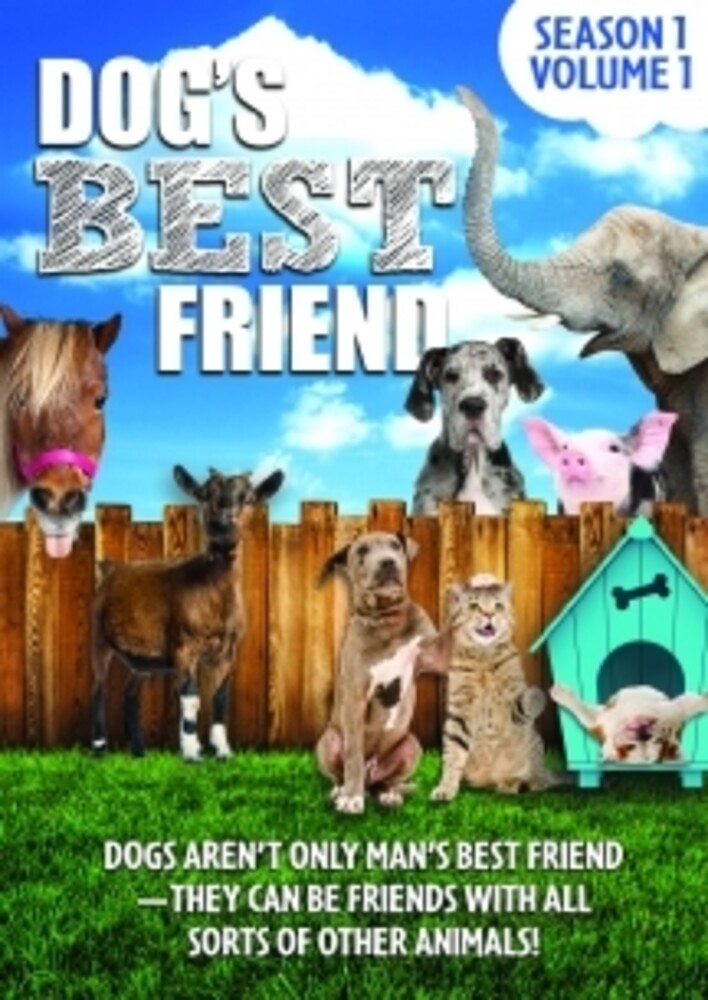 You've heard of man's best friend, but who is dog's best friend? Well according to this series, it could be anyone! From rare owls, endangered lions, and even an anxious pig, dogs have been known to forge friendships with any species, no matter how big or small! This cute and, at times, hilarious series reveals the true stories of the most unlikely companionships, from the fun times to the challenges that dog and owner face. Episode 1: A guard dog who protects an eighty-acre horse farm becomes the guardian and best friend to a frail quarter horse. Then, a golden retriever goes overboard with her dolphin friends in the Florida Keys! Episode 2: A high-energy hound meets his match and finds the ideal playmate in a tiger cub named Thunder, while in Oklahoma, a pit-bull develops a tender bond with a two-ton steer. Episode 3: Size doesn't seem to matter in this friendship where a black lab named Bella spends her days splashing around with her bestie, an African elephant named Bubbles. Additionally, an anxious pot-bellied pig named Bonny finds comfort in a basset hound named Molly. Episode 4: At the Columbus Zoo, a golden lab is a constant companion and calming force for the cheetahs on exhibit. Then, a playful puggle likes to snuggle with a rabbit named Purple. Episode 5: A feisty dachshund named Abby is the dearest friend of an endangered Barbary lion named Bonedigger. Then, a trained bird dog named Annabelle stops in her tracks for a one-of-a-kind Eurasian owl named Louise. This is volume one of a three-set volume.