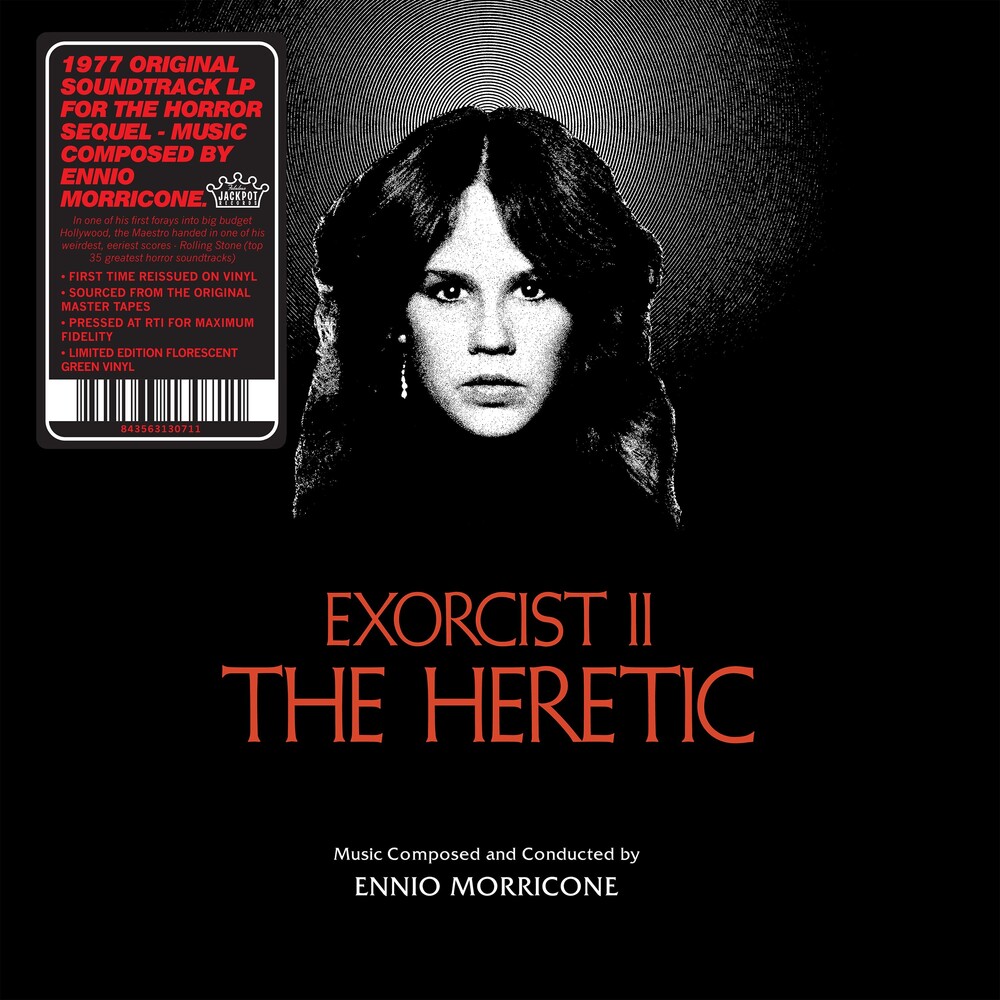 1977 Original soundtrack LP for the horror sequel - music composed by Ennio Morricone. "In one of his first forays into big budget Hollywood, Morricone handed in one of his weirdest, eeriest scores" - Rolling Stone (top 35 greatest horror soundtracks). From the beautiful to the absolutely demented, while still playing in the same sandbox. Once you get to the deranged Satanic prog rock of "Magic And Ecstasy," it hits you: this is the craziest we've ever heard Morricone. And it's amazing. Sourced From The Original Master Tapes and reissued for the first time, this limited edition LP is pressed on Florescent Green Vinyl. "I like the first Exorcist, because of the Catholic guilt I have, and because it scared the hell out of me; but The Heretic surpasses it". - Martin Scorsese