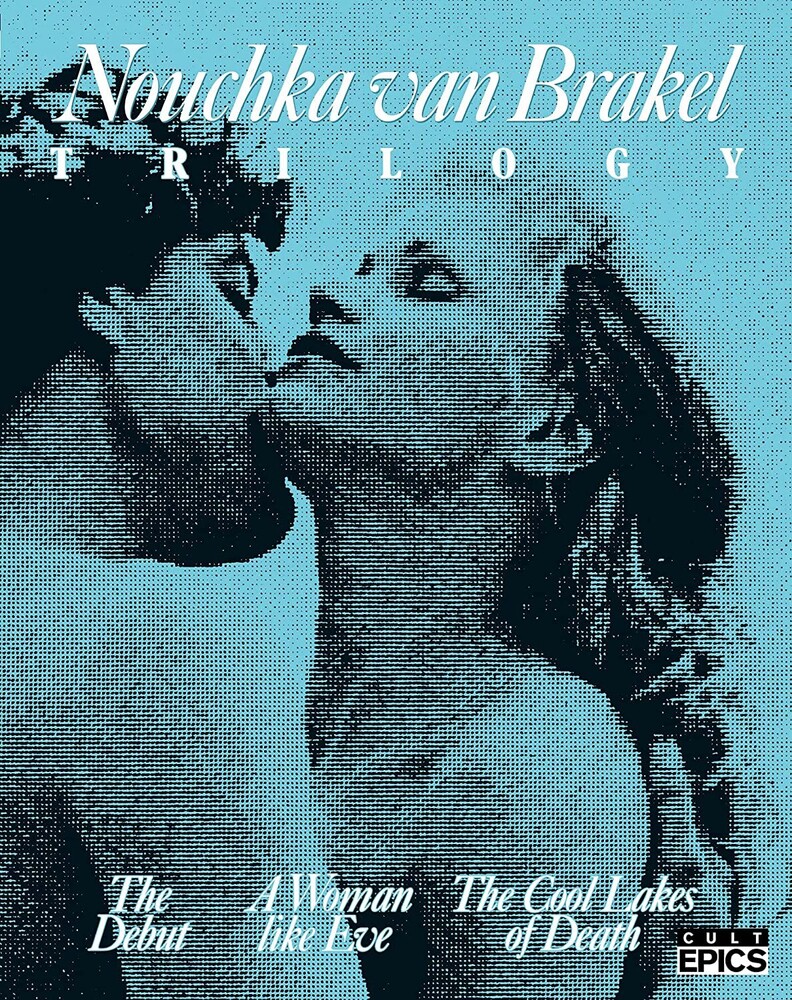 Cult Epics presents the NOUCHKA VAN BRAKEL TRILOGY; three subversive and controversial films dealing with strong female characters and their sexual identity in society. THE DEBUT (Het Debuut) tells the delicate story of the impossible love between a teenage schoolgirl (played by Marina de Graaf) and a middle-aged married man (Gerard Cox). Arthouse LGBT favorite A WOMAN LIKE EVE (Een Vrouw als Eva) is a drama about a wife (Moniek van de Ven) who leaves her husband (Peter Faber) for another woman (Maria Schneider), with the consequences of losing her children. THE COOL LAKES OF DEATH (Van de Koelen Meren des Doods), one of the masterpieces of Dutch cinema, is a melodrama that tells the tragic story of a wealthy woman (Rene Soutendijk) whose sexual desires lead to a life of mental illness, drug addiction, and prostitution on the streets of Paris during the 1880s. Both A Woman as Eve and THE COOL LAKES OF DEATH were the Dutch entries for 'Best Foreign Language Film' at the Academy Awards