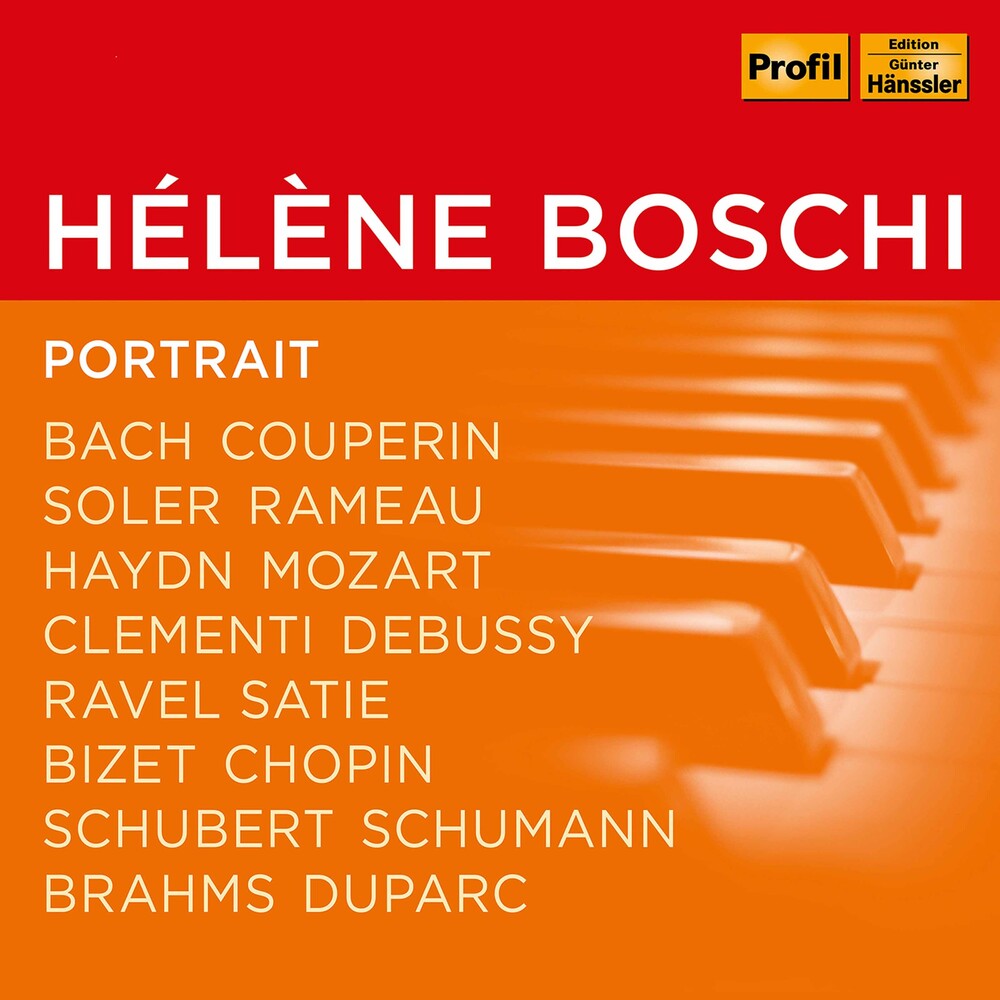 HĂ©lĂ¨ne Boschi's repertoire was broad-based, ranging from the Baroque (FranĂ§ois Couperin, Jean Philippe Rameau, Johann Sebastian Bach) to contemporary music. Her favorite composers of the Viennese Classical era were undoubtedly Joseph Haydn, Wolfgang Amadeus Mozart and Franz Schubert; strangely, it seems she left behind no Beethoven recordings. One notable fact about Boschi is that she was the first female pianist to record the works of Padre Antonio Soler (1729-1783), receiving the 1952 Grand Prix du Disque in honor of her achievement. As for the nineteenth century, her passionate readings of Schumann are of the utmost importance; but Carl Maria von Weber and Muzio Clementi also captured her attention, as did FrĂ©dĂ©ric Chopin and Emmanuel Chabrier and the Impressionists Claude Debussy and Maurice Ravel. Modern classics were also integral to her repertoire - as were the works of her immediate contemporaries. Luigi Dallapiccola dedicated his 1952 piano composition Quaderno di Annalibera to HĂ©lĂ¨ne Boschi, Claude Ballif paid her that honor with his Fourth Sonata op. 31