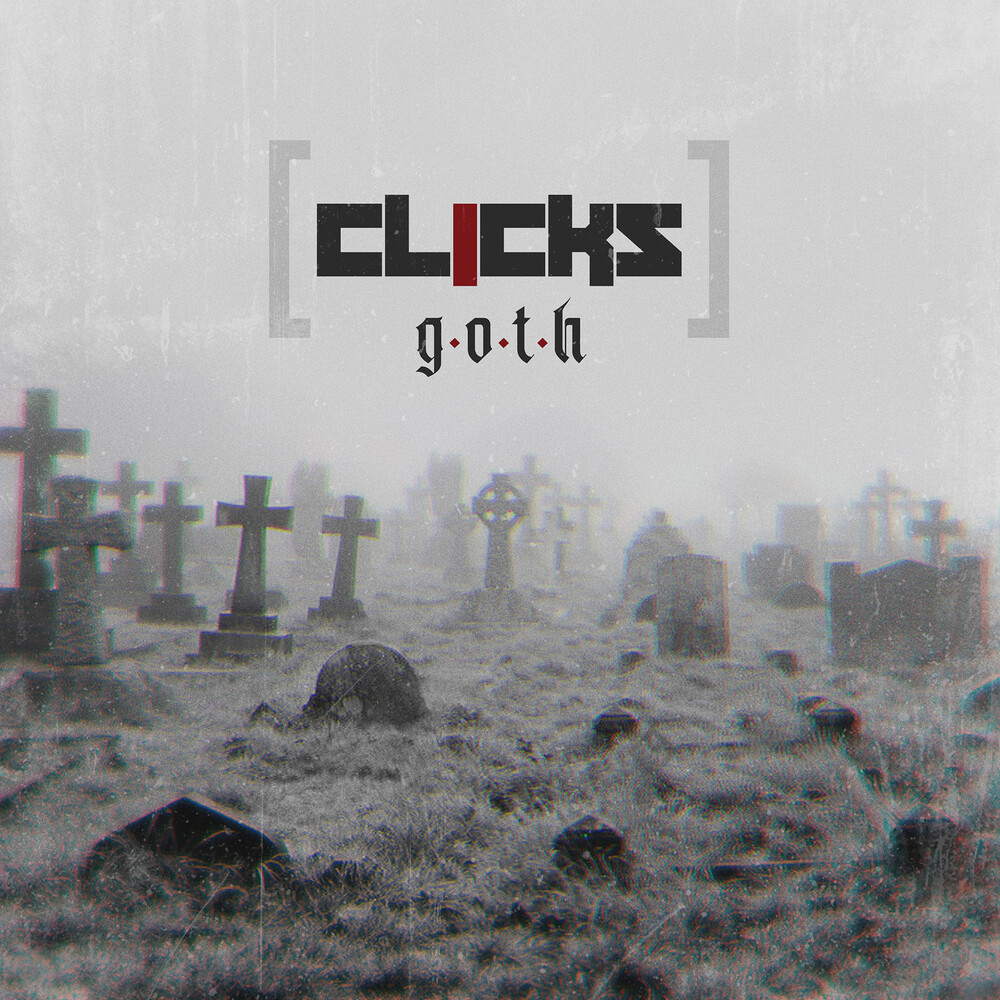 2021 release. Clicks frontman Kr-Lik has pulled off a magnificent coup: The mischievous provocateur of the Polish electro project faked a radical change of style towards guitar-swinging gothic tones and spared no effort to do so. G. O. T. H. stands for: "Getting Old, Tired, and Hungry. " The title programmatically refers to the theme of this album, which in terms of content is a thoroughly serious, respectful examination of this former youth culture, which has been noticeably aging for several decades. The song 'Every Bloated Muscle', for example, can be understood as a satirizing homage to the Nitzer Ebb EBM classic 'Murderous' - from the perspective of 30 years later. In this way, the famous elephant in the room is also made visible in a self-ironic way: What actually happens to the Polish scene heroes when cultivated depression and juvenile longing for death are pushed to the sidelines by family and children? CLICKS deliver a powerful answer with "G. OT. H. ". Without denying their roots in the classic EBM electronic field in the slightest, the Poles take sporadic electroclash and minimal dance influences and bow gallantly to acts like Anthony Rother or Guy Buratto. This "new" lightness creates exciting musical hybrids like 'First World Problems', 'I Dream' or 'Mr Nevergonnabe'. On G. OT. H. experimentalism, perfect sounds and casual humor fuse with scene-spanning nonchalance. This works just as well in the car or at home as in the club. Out of the mocking confusion strategy of the Poles finally emerges an album that is as idiosyncratic as it is modern, that winkingly turns a long nose at the self-proclaimed EBM scene moreskeepers and almost casually heaves the freshly coined sound design into the 21st century. This is how musical self-renewal works: Clicks' G. O. T. H. is the antithesis of all the band EBM cliches of the last two decades.